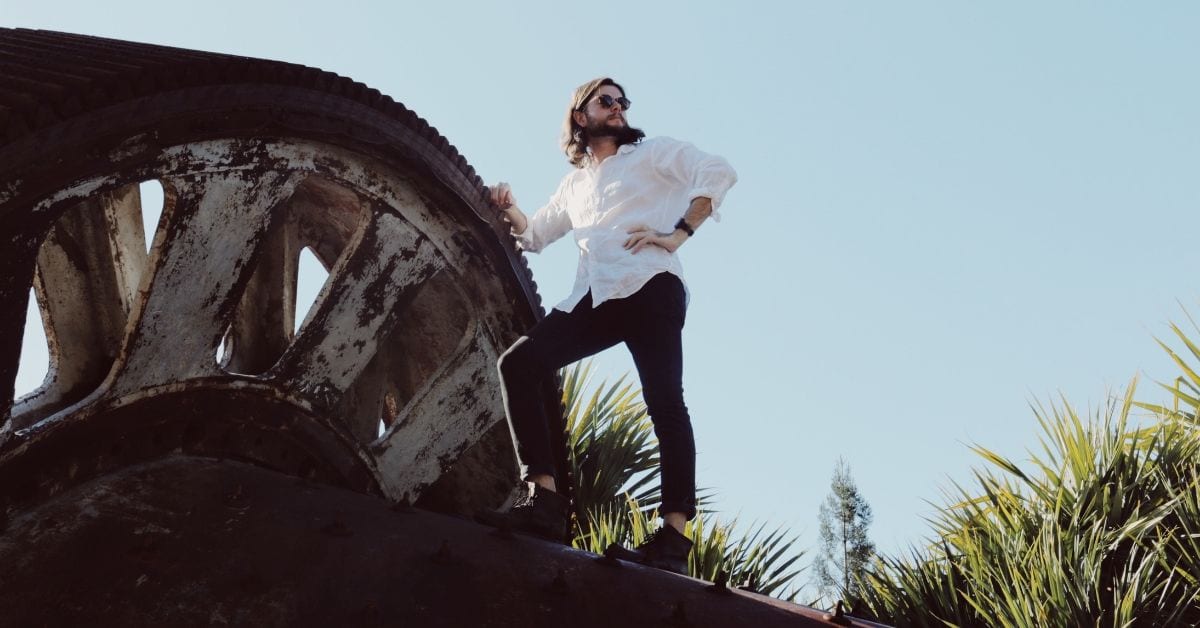 “The song is about a road trip I took with a friend from Brisbane to Byron Bay a few years ago,” said Zander. “It’s light-hearted with a touch of humour throughout.”

Growing up with a religious love of great singer-songwriters like Bob Dylan, Paul Simon and Joni Mitchell, Zander says he’s always been drawn to the storytelling element of folk music, and tees this with a fingerpicking style devised by Merle Travis to form the foundation of Byron Bay.

“With songwriting you have to choose an area of complexity to focus on. Folk music tends to use simple chords and simple melodies, giving lyrics the space to be able to drive the song, which I like.”

Byron Bay is the first track to be lifted from Zander’s forthcoming debut EP Whiny Folk Songs, which is out 22 September, providing a taste of the record’s stripped back, acoustic guitar centred sound. He’s looking forward to launching the single next week at Brisbane’s The Milk Factory, where he’ll be joined by local rockers Canondrome.

“It’s going to be such a fun show to play! I’m close friends with the guys from Canondrome and they absolutely shred live, I can’t wait to jam with them onstage. There may also be a special guest appearance too!”

With his debut single and EP both dropping this September, Zander is putting his pedal to the musical metal and we can’t wait to see where this journey takes him next.

“I’m excited to start playing more shows and writing new material. It’s awesome to be a part of the music scene in Brisbane – it’s big enough to have lots of amazing talent but small enough to feel like a community.”