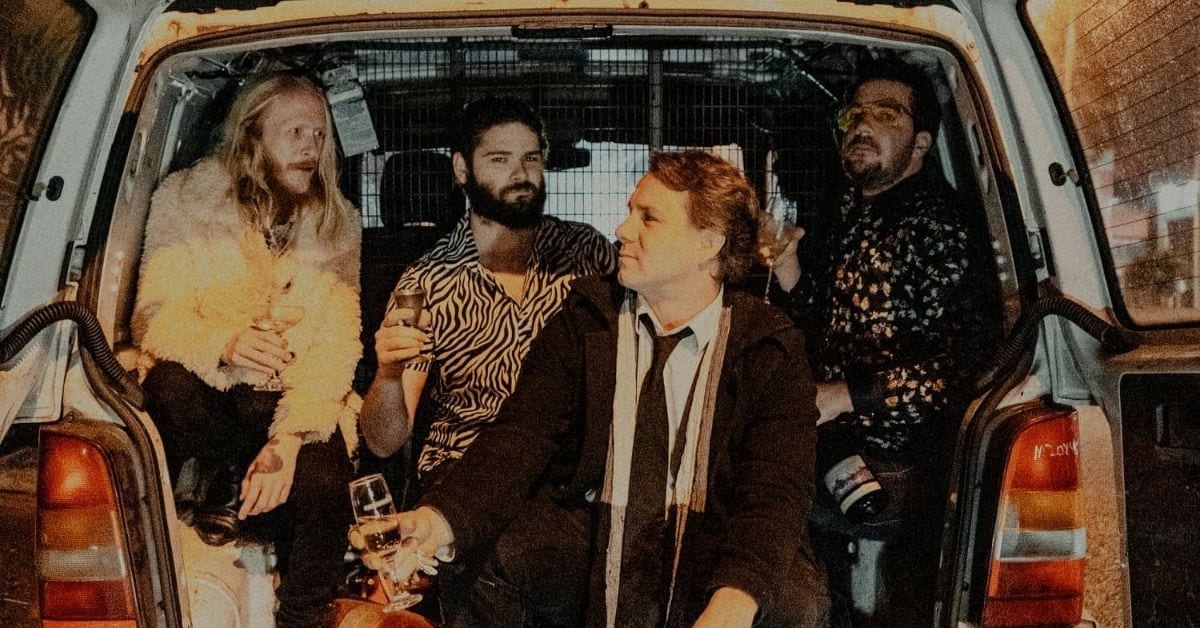 From donning funky Hawaiian shirts and pool inflatables to guzzling free flowing margaritas against the soundtrack of a rollicking rock n roll tune, Vibrations From The Void did covid-lockdown the cool way setting sail on their very own party boat for their Margarita Maria music video.

The seaside soiree you wish you’d scored an invite to, the Margarita Maria music video is as chill as they come; just some buddies on a boat kicking back having fun.

“We had a vision of us stranded on a boat with only margarita’s to drink. Then with a nod to the classic TV show Gilligan’s Island and some cheap costumes we got to work,” said Vibration’s John Larney. “We filmed it towards the end of August with restrictions in full swing. Luckily, Ryan lives near a boat ramp and was able to get a boat for us to film in. The only challenge was keeping the inflatable sharks away from the Margaritas.”

“The song could be about being stranded on a boat with only Maria’s Margaritas, or maybe it’s just a fever dream. Either way it was a hoot to film and we only got mild sunburns and alcohol poisoning.”

Filmed by the band’s number one fan Dave, who followed them in a kayak to capture what you see onscreen, Margarita Maria will have you itching to get out on the water, and leave you screaming “Maria” at the top of your lungs like Marlon Brando’s character Stanley’s infamous “Stella” in A Streetcar Named Desire.

Loud, frenetic and with a booty-shakin’ beat, Margarita Maria is the latest single to drop from the band’s debut EP God Damn! which came out mid-month, and they’ll be getting the party started in real life with their final EP launch show taking place in Brisbane next week.

“Fun rock n roll is our middle name. We’ll thrash around, bring it back for a quiet jam, throw in a dance beat and make you bop in your chair. We’ve already played two shows to celebrate our EP including a riotous show in Ipswich so we can’t wait to play the final show of this leg at The Flamin’ Galah. It’s a free show and people can expect to see some beers on stage, a snapped string, blood on the drum kit and a little bit of nip. From who you may ask? Come on down to find out.”

The coolest party to be filmed on a boat since The Lonely Island feat. T-Pain’s I’m On A Boat Motherf***er dropped in ’09, watch Vibrations From The Void’s Margarita Maria music video exclusively below, for a whale of a good time!

Vibrations From The Void’s debut EP God Damn! is out now (Stream on Spotify HERE). Catch them launching the EP at Brisbane’s The Flamin’ Galah on Friday, 2 October. All event info HERE.

MARGARITA MARIA – VIBRATIONS FROM THE VOID