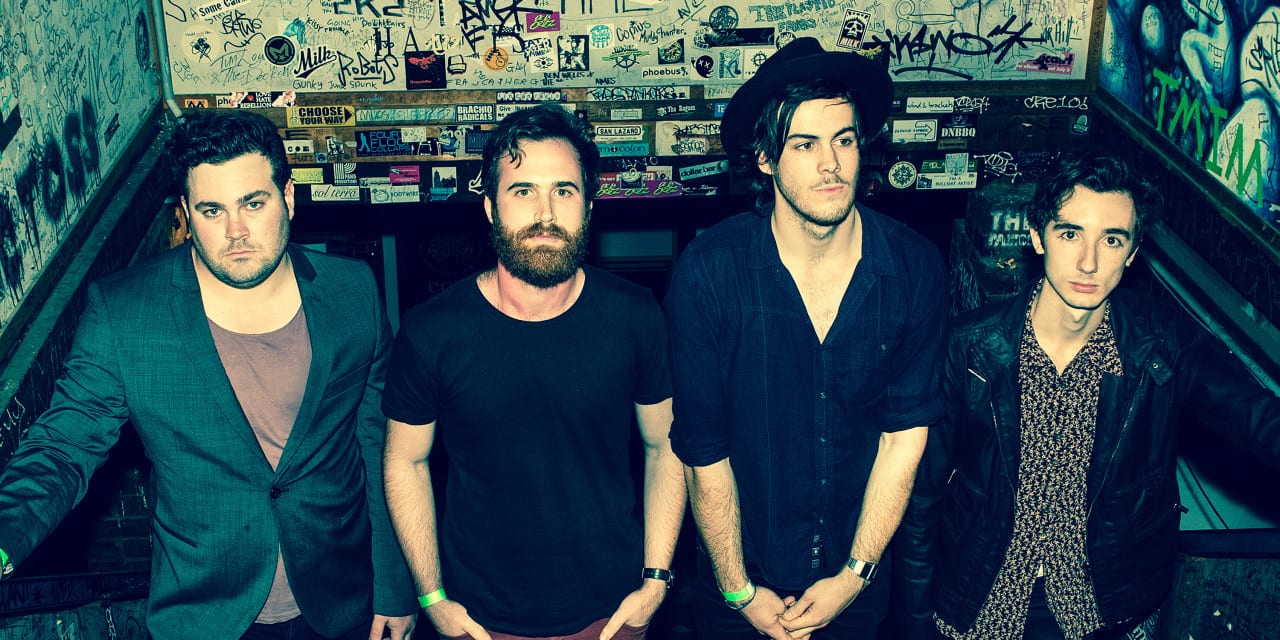 Brisbane indie-rockers The Royales are today giving fans a sneaky preview of their much anticipated, sophomore EP Rewind, which is due for release this Friday, 16 September.

Charting the trials and tribulations of modern life, Rewind sees the band flex their song-writing muscles while maintaining the high-energy sound they established on their debut EP in 2013.

“So much has happened between releases – we’ve lost and added band members, toured overseas, played some great shows and learned a lot about ourselves and the music we want to play,” said front man Jacob Davis.

“Rewind captures us at a point where we were feeling ambitious. We wanted to make the deepest and biggest sounding record possible, and hopefully that’s audible to listeners.”

Inspired by bands like Foals, Muse and Brand New, Rewind was designed as a concept album and is somewhat heavier than its predecessor The Royales.

“The EP centres on the concept of time and the way that everything in life is essentially based around how much/little of it you have left. Every song has a different feel and underlying story.”

From the anthemic, uplifting drive of opening track Anybody Else to the heartfelt throbbing of Broke My Heart, Rewind is breathtakingly poignant.

The band will be unleashing their new record this weekend with launch shows at The Bearded Lady (Brisbane) and NightQuarter (Gold Coast) on Friday and Saturday night respectively. Fans can expect to hear all the new tunes plus some golden oldies too.

To celebrate the impending arrival of Rewind, The Royales have put together a track-by-track description of the EP to accompany the exclusive stream (below). Sit back, press play and let Rewind wash over you like a good bottle of wine!

Rewind is available from all good online music outlets this Friday, 16 September.