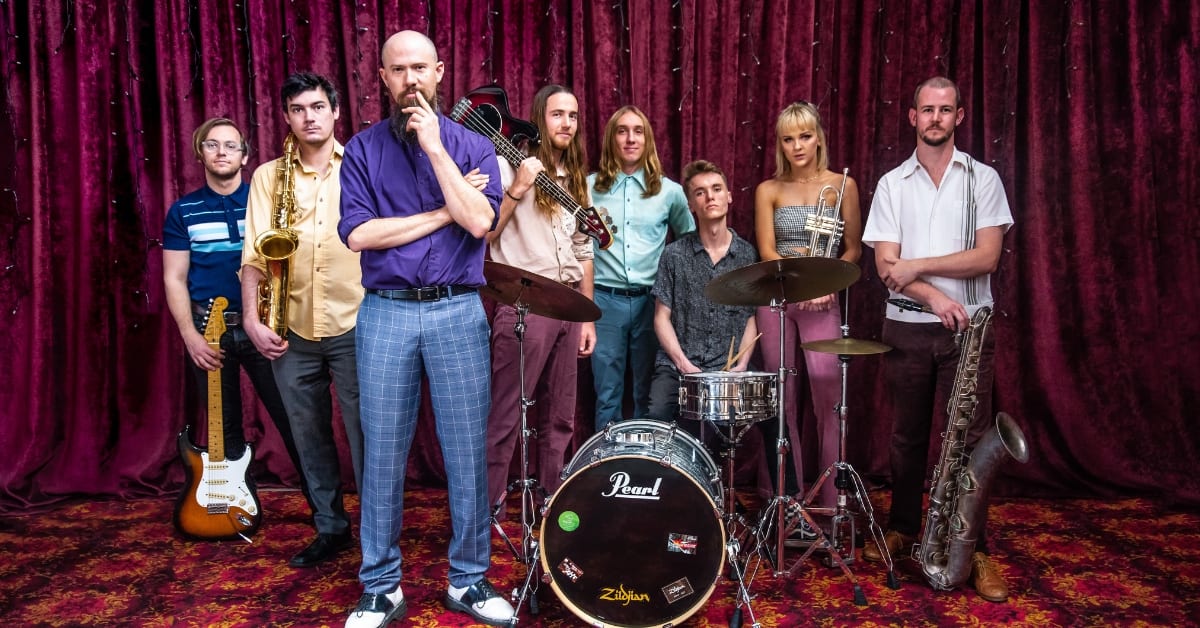 Filmed by local crew, Vivid Visual Co., the Set Me Free music video sees the band’s front man Jimi Beavis symbolically cover himself up, before dropping his disguise and living it up – a visual ode to the idea that there is freedom in love.

“Set Me Free is based loosely around the idea of love’s ability to set someone free, with allusions to the 2011 Queensland floods, the legend of Stagger Lee and prison dramas,” said Jimi.

“Musically, the track is battling an identity crisis, unsure of whether it’s a straight-up big band funk jam or a hands-in-the-air blues sermon.”

Enamoured by the masters of rhythm and blues, the duopoly of love and the beauty and gothicism of the bible, The Holy Rollercoasters have been warming up dance floors with their sizzling tunes since their inception in late 2017. Set Me Free is one half of their double debut single release alongside track Out Jumped The Devil, both pressed to vinyl and unleashed via local label Valley Heat Records on 16 October.

Fans can get their boogie on with the band at their Out Jumped The Devil/Set Me Free double single launch at The Bearded lady this Saturday night, 20 October, followed by an all-ages show at Sonic Sherpa on 4 November.

SET ME FREE – THE HOLY ROLLERCOASTERS