Praise Be, The Holy Rollercoasters Release Their Funkalicious Debut EP 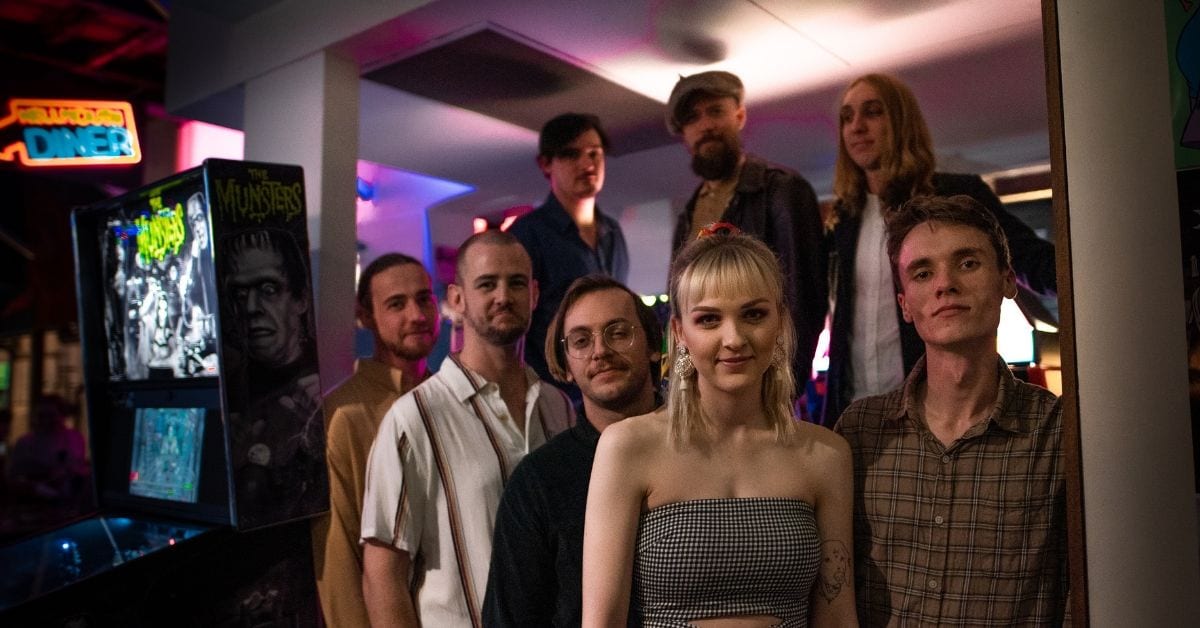 Sinners and saints, pariahs and popular kids, no matter who you are, roll up and brace yourself, because notorious Brisbane octet, The Holy Rollercoasters, are here to cleanse every fibre of your being with their soul-tinged funkalicious debut EP, Bathe, out 16 August via Valley Heat Records.

On a mission to make the congregation of humanity move, Bathe traverses the plains of soul, funk, Motown and gospel to deliver musical sermons on love and death that’ll have everything from your head to your toes surrendering to the beat like a glorious Hallelujah!

“You can think about it or you can dance about it,” said front man Jimi Beavis on the band’s approach to music making. “Thematically these songs are dark, but you can dance too.”

Listeners are immediately thrust into a baptism of fire, with record opener and lead single, Bathe In The Blood Of The Lamb – a modern day funk-bop that cleverly polarises morals with materialism and family with faith.

“Bathe In The Blood Of The Lamb is one of the darker tracks on the EP, the other songs aren’t as heavy soul. There’s a murder ballad, an apocalyptic funk, a pretty love song about depression and a cover of my own song, Ain’t Gonna Get Better, from Jimi Beavis days where I think as a band we try to go full-Daptone.”

Fans of the famed Girl With The Dragon Tattoo will be pleased to know there’s a track of the same name that gives nod to the film but is inspired by the original Swedish book titled Men Who Hate Women. It’s the “murder ballad” Jimi speaks of, and depicts a vigilante who kills violent misogynists. In contrast, Song Of Offering is the soft centre of the record, acting as a reminder to look after our loved ones before things loop back to apocalyptic territory with the boisterous O Death.

Adopting a “no fancy shit here” attitude, Bathe was recorded at the band’s home studio under the guidance of music director and saxophonist, Andrew Garton, allowing a tight yet versatile sound to emerge that also honours the vintage vibe the band desires.

A musical pilgrimage that deserves its own religious-like following, Bathe is simultaneously raucous and reflective, summoning even the stiffest amongst us to drink from the chalice and cleanse in the baptism that is the funkalicious beat. Stream this baby exclusively below!

The Holy Rollercoasters debut EP Bathe is out this Friday, 16 August via Valley Heat Records with a launch show at Club Limbo (Hotel West End) on 24 August. A limited edition run of 40 cassettes featuring two different cover sleeves (20 of each) are available. Each cassette includes a bonus B-side featuring a 10 minute remix collage of the entire EP. Pre-order/pre-save your copy of Bathe HERE.