Premiere: The Double Happiness Surf Into 2020 With ‘Wild Bikini’ 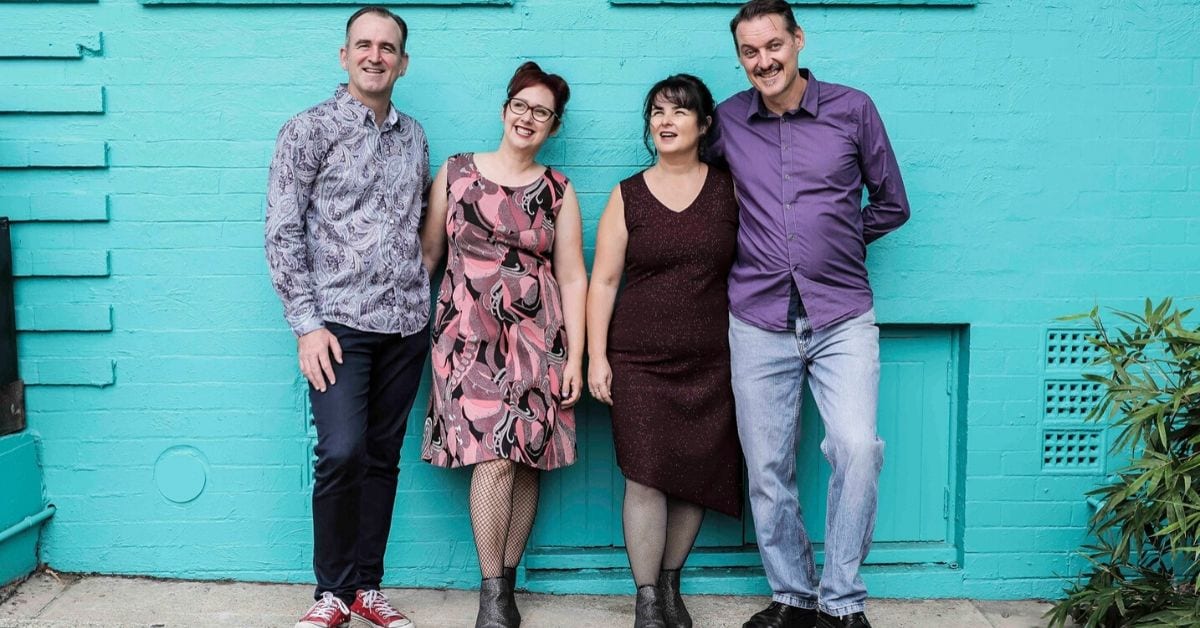 As the lid closes on another holiday season, the party is just getting started for Brisbane kids of cool, The Double Happiness, who’re surfing the wave of the new decade with their fashion-forward, musical treasure Wild Bikini, out 10 January.

Turning more heads than Borat in a mankini, Wild Bikini is a riotous ditty that goes down like a Pina Colada served beachside on a hot summer’s day.

“There is such a strong undercurrent of surf guitar in all our tracks,” said guitarist and vocalist, Kristin Black. “But some answer the call of the waves more than others. Wild Bikini harkens back to 1960s B-grade Beach Party movies and sitcoms, think Frankie and Annette meet I Dream of Jeanie.”

Loosely taking its namesake from William Asher’s 1965 film How To Stuff A Wild Bikini, the majority of the track was recorded in a wardrobe at band members Kristin and Pete’s Springfield Lakes home to create that authentic 60s surf sound, with mastering courtesy of Kieran Fergusson.

“The vintage clothes and accessories that fill the walk-in wardrobe really helped to set the nostalgic vibe of the song,” said Kristin.

Dripping in surf sentiments, with tribal-like drumming and male/female vocal lines reminiscent of The B-52’s, Wild Bikini is the first wave in from the band’s forthcoming debut album Surf-Gazing which they describe as “a reverb-drenched ode to afternoons spent sun-kissed and wave side.”

Bringing back the psychedelic 60s for one night only, fans can enjoy a dose of The Double Happiness’ magic when they launch Wild Bikini at Brisbane’s The Outpost Bar on 17 January. With a ‘Brady Bunch Hawaiian Vacation’ dress code, punters are in for a whale of a good-time show.

Just like X marks the spot, The Double Happiness’ Wild Bikini is a dance-inducing treasure trove.

Ride into 2020 the right way and try on The Double Happiness’ Wild Bikini for size, exclusively below. Wild Bikini is out 10 January via 4000 Records, with a launch show at Brisbane’s The Outpost Bar on 17 January (all event info available HERE). Pre-save Wild Bikini HERE.