Premiere: The Double Happiness Profess There’s ‘No Place Like Nundah’ 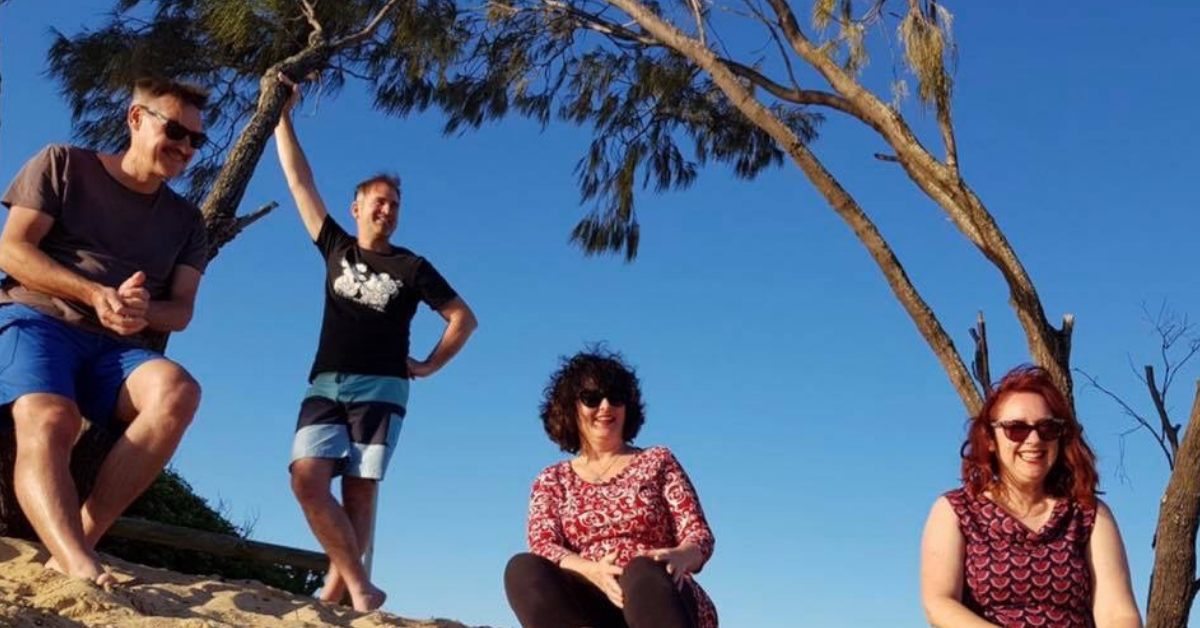 Just like Dorothy emerges from a gray-scale past into the technicolour world of Oz, The Double Happiness immerse listeners in an enchanting musical time portal that traverses the Brisbane of yesteryear, to the Brisbane of now, in their trance-like new single and music video, No Place Like Nundah, out 7 March.

A play on the infamous “there’s no place like home” line, No Place Like Nundah incidentally came about through a misheard conversation, where the former phrase was mistaken for the latter.

“The name of the song was actually a misheard conversation – ‘no place like home’ somehow was interpreted as ‘no place like Nundah.’ The challenge was then to create a song around this strange phrase. It ultimately morphed into an idea that every city has a suburb or a number of suburbs where you could disappear into if you needed to – somewhere the opposite of Cheers  – where everybody knows your name,” said bassist and backing vocalist, Meg Welchman.

“It just so happened Nundah was the place of choice on the other side of the city to go ‘incognito’ for one of the band members to buy a pharmaceutical of some description, very discreetly. Kind of like the situation in the song House of Fun by Madness but further down the spectrum of unexpected consequences.”

Casting a nostalgic eye over the Brisbane of simpler times, there are lyrical references to the city’s lost trams, long gone landmarks like the King George Square fountain and icons like the TV towers and XXXX Brewery, which still remain today.

“Nundah’ is like a visit from the ghosts of Brisbane past and present. The song starts with the lines, ‘I’m wondering where I am / cause this city once had trams’ which entices us into a time tunnel taking us to a simpler Brisbane in a simpler time. Fast forward to 2019, and the city formerly known as ‘a big country town’ is now all grown up!”

This past to present sentiment is reflected in the accompanying music video, filmed by Kieran Fergusson, which sees the band transition from playing in black and white to colour – a visual reference to their beloved Wizard Of Oz. And if you look closely enough, you may even catch a flash of those ruby slippers Dorothy kept bangin’ on about.

Whether you’re a gen X-er who lived it, a gen Y or Z-er too young to remember it, or a newcomer to the river city, No Place Like Nundah offers a magical glimpse into this beautiful city we call home.

So, click your thongs together three times, pop your headphones in and chant “There’s No Place Like Nundah” to feast your ears and eyes on The Double Happiness’ dreamy new single and music video, streaming exclusively below.

The Double Happiness’ dreamy new single No Place Like Nundah is out this Thursday, 7 March via Valley Heat Records, with a launch show at The Bearded Lady on 16 March. All event info available HERE.