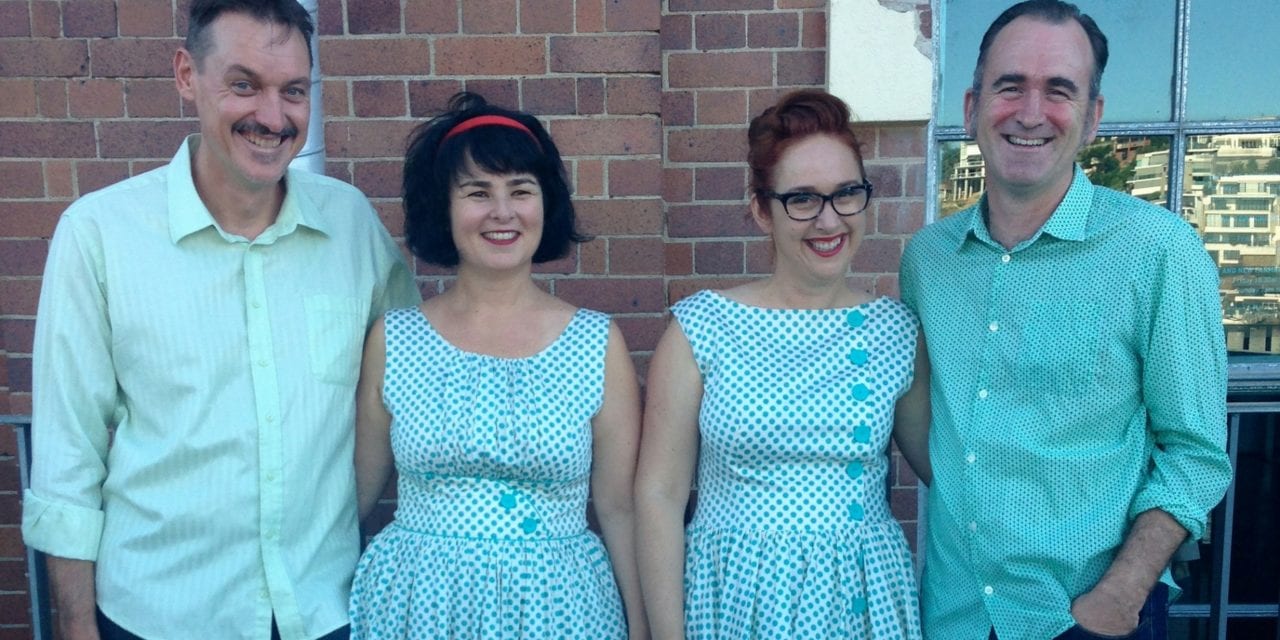 If Shakespeare was a musician living in modern-day Brisbane, his wordsmith skills would be no match for The Double Happiness, who have a penned a post-punk love letter to their sunshine-soaked hometown on debut EP, City, out 16 March.

Comprising of two couples on the longest double date ever, The Double Happiness have created a record that is washed in a tsunami of reverb, urgent drums and hauntingly sweet vocal harmonies.

An ode to Brisbane and their collective experiences growing up here, bassist Meg Welchman says the record’s reverb-laden guitar harmonies hark back to a time when Brisbane bands sought to rise above the chaos of the politics of the Bjelke-Petersen era.

“City is a concept EP about our home, no longer a country town, explored through past and present soundscapes, created for your listening pleasure,” said Meg.

“Local landmarks and colourful characters feature in City. The signature opening guitar phrases are a reassurance that you are being taken on a warm and familiar trip down Brisbane’s memory lane while moving towards the sounds of now.”

With vocals recorded in a closet in a very-well-done DIY recording, mixing and mastering job, City has a strong lo-fi, post-punk and early surf rock vibe that fans of Joy Division, Sonic Youth, The Shadows, Flying Nun and Brisbane’s own The Go-Betweens will love. A further nod to sounds of yesteryear, the band has teed up with local legends Valley Heat Records to release City on 10″ vinyl and cassette as well as the usual CD and digital formats.

“We’re thrilled to have a run of collectors editions on vinyl and cassette. The ritual of pulling a record out of it’s sleeve and placing it on the turntable is delicious and the warmth of sound on vinyl is bliss. There’s also something very definitive about picking up a chunky cassette and clicking down the play button – I think a tape revival is surfing in on the airwaves!”

The first of three EPs to be released this year, City will be launched at an intimate show at Brisbane’s The Milk Factory on Friday, 16 March with collectable merchandise available on the night.