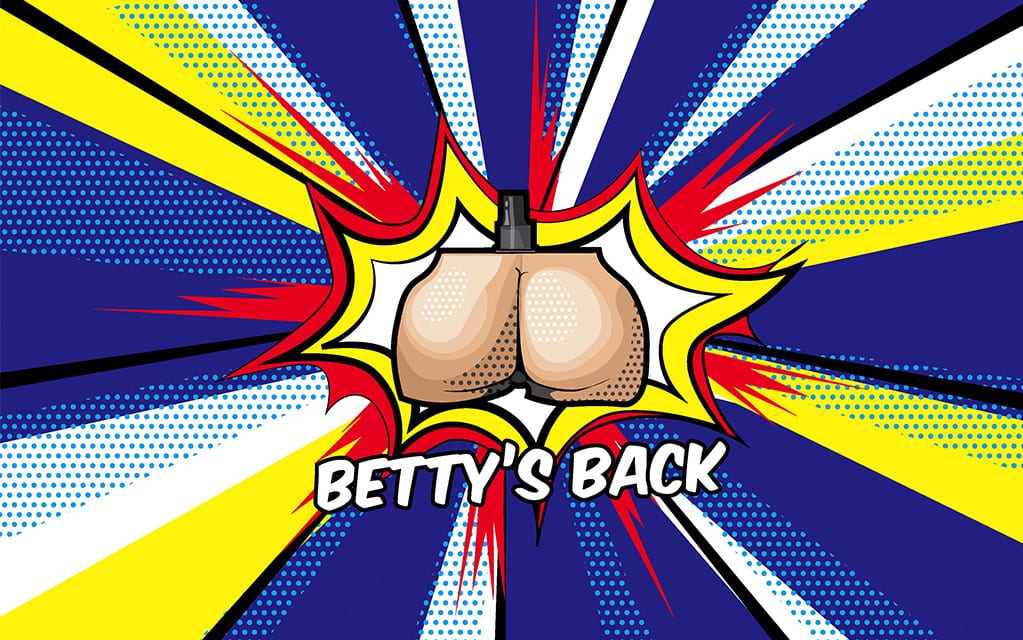 Butt-shaped sprays, penis-shaped paraphernalia and bongs are just some of the things you can expect to see in Stones Corner Club’s hilarious new music video Betty’s Back.

Playing on the song’s inspiration (girls with nice bums), the Betty’s Back music video sees the creators take the piss out of infomercials as they try to sell consumers the same mouth spray in two different packages.

“We liked the idea of making a political statement in a comedic way. So, we came up with the idea of ‘Betty’ being a mouth spray that people are being sold in two different ways, unwittingly unaware that both options are the same,” said director Dean Gordon.

“Whether it’s the outrageousness of TV infomercials or the state of the US election, we hope people take something away from it.”

Just like the message it conveys, the Betty mouth spray leaves a bad taste in your mouth, says Stones Corner Club’s Scotty Gellatly.

“Betty’s Back is like a Sour War head. The first few minutes are sweet, colourful and playful. Although after a while, the sour sets in and you fight with yourself to ride the whole thing out,” said Scotty.

A new Brisbane based collaborative concept, Stones Corner Club are excited to bring together more creatives in the future to work on their respective projects.

Betty’s Back is the group’s first release, and we can’t wait to see what musical, comedic gems they come up with next!

Watch Betty’s Back exclusively below and stay up-to-date with Stones Corner Club on Facebook.