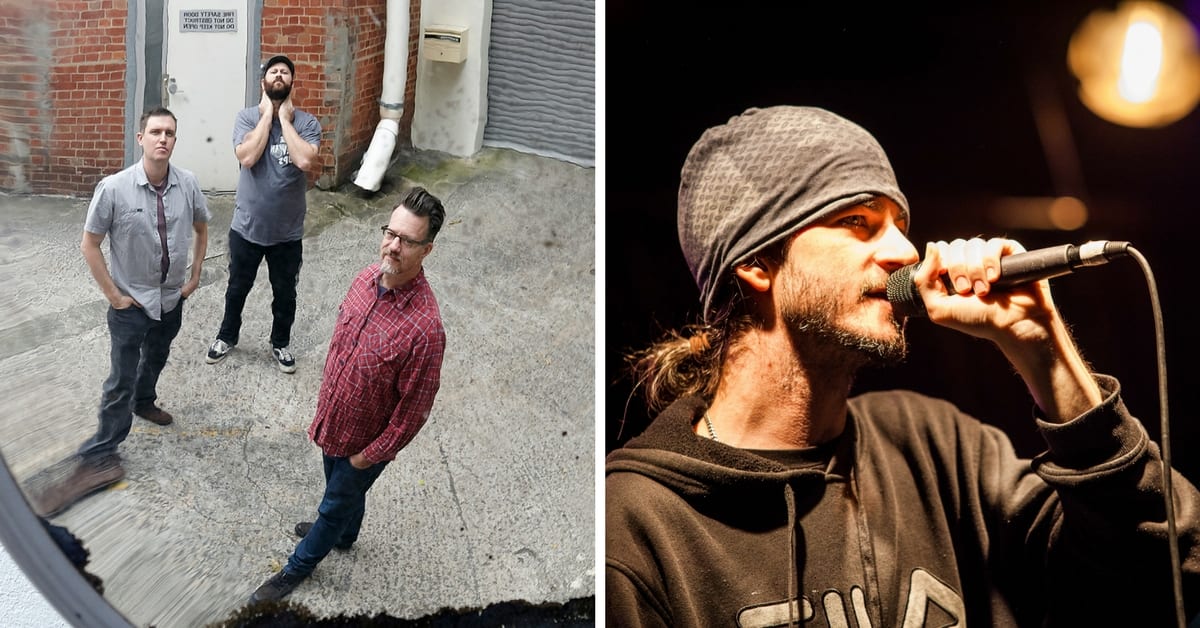 What do you get when a heavy soul and jazz band make a record with one of Australia’s most active MCs in the underground hip hop scene? A double serve of delicious improvised grooves you can dance, and rap to, on repeat.

A musical match that rivals Jay Z and Beyoncé, Soul Mechanics deep groove improvisations are the bread to Master Wolf’s lyrical jam on their collaborative EP Explorations With Master Wolf, out early next week.

The trio turned foursome came together when Soul Mechanics’ bassist, Brian L’Huillier heard Master Wolf freestyling live on 4ZZZ and was so impressed he tracked him down to collaborate. After two years of lighting up Brisbane stages together, the band retired to drummer Dave Kemp’s Wandering Ear Studio to rework their improvised live sets into four key tracks which Master Wolf then added free-flowing lyrics to in his home studio. The result, their debut EP – a memento of ingenious musical moments fans can enjoy on their stereos.

“The vision for the record, was to take the classic sampled sounds of mainly 70’s funk and soul in the 90’s hip hop we grew up listening to and combine that with the raw improvised sound of our live gigs,” said Dave.

“As I edited and mixed the songs, I added numerous instrumental layers on top with Rhodes, organ, vibes, synths and percussion. On the B Side instrumentals, I let my producer side run even more wild with esoteric influences creeping in from experimental electronica.”

A melting pot of hip hop, funk, soul and jazz, Explorations With Master Wolf has a sound fans of acts like Tone Lōc, George Duke and The Roots will appreciate.

“Explorations captures the best part of our collaboration – our performances,” said Master Wolf.

“ The almost telepathic communication that occurs between us all while we are jamming is awesome. Every time we go on a journey via different paths, but always steer together.”

With local record-label legends, Valley Heat Records, on board, Explorations With Master Wolf will be available on all digital platforms as well on limited edition cassette from 3 April, with a launch party taking place at Unite on 6 April.

“ Along with playing tracks off the EP we’ll be sharing some new jams we’ve been brewing,” said Dave.

“With Master Wolf by our side, it’s going to be as much of a journey for us as it is for the crowd.”