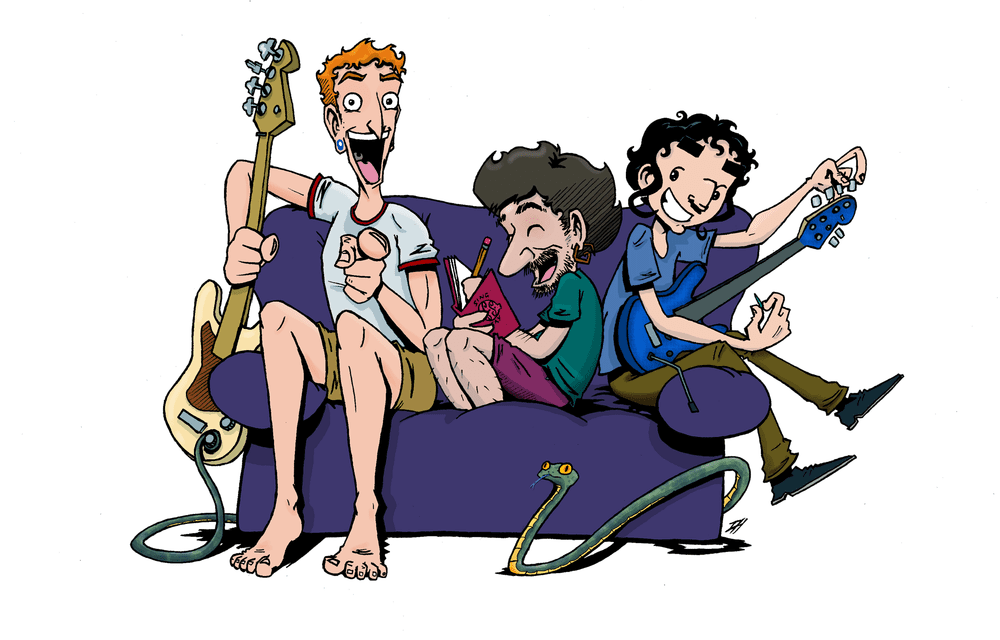 Sing Say are today answering the dreams of comic book fanatics and music fans alike, with the release of Human Touch – the first episode from their upcoming Comic Book EP The Story So Far.

Combining their love of comics and music to create their own ‘comic book rock’ hybrid, this Brisbane trio are as creative as they come. Taking notes from bands like The Gorillaz, Coheed and Cambria and Daft Punk, story concepts from video games and imagery akin to comics and anime, Sing Say’s audio-visual style is unique.

The first episode, Human Touch sees the unlikely heroes stranded in the middle of the ocean, hoping to find dry land. Using guitars to paddle, old ragged sheets to sail and dolphins as guides, the band find themselves arriving in a world run by the BugLord – “the man” who controls such things as the lock out laws and oppression of people like artists in Mechacity.

This intriguing saga will continue with two more tracks/episodes, Hero Artist and Gone Too Far, to be released soon. The Comic Book EP is just the first stage for the band, who are already experimenting with other mediums including music performance, animation, illustration and video games.

In a sea of similarity, Sing Say dare to be different, and as their story unfolds fans can expect to delve deeper into the captivating world they have created. Take your first plunge into Sing Say’s world by watching Human Touch exclusively below!

Sing Say will be unveiling their Comic Book EP The Story So Far… in all its glory at The Spotted Cow in Toowoomba on Saturday, 16 July (event info here). Pre-order the EP, and keep an eye out for the accompanying video reel/episodes that will be available online soon.