Premiere: Semantics Check In With ‘If You’re Not Alright’ EP 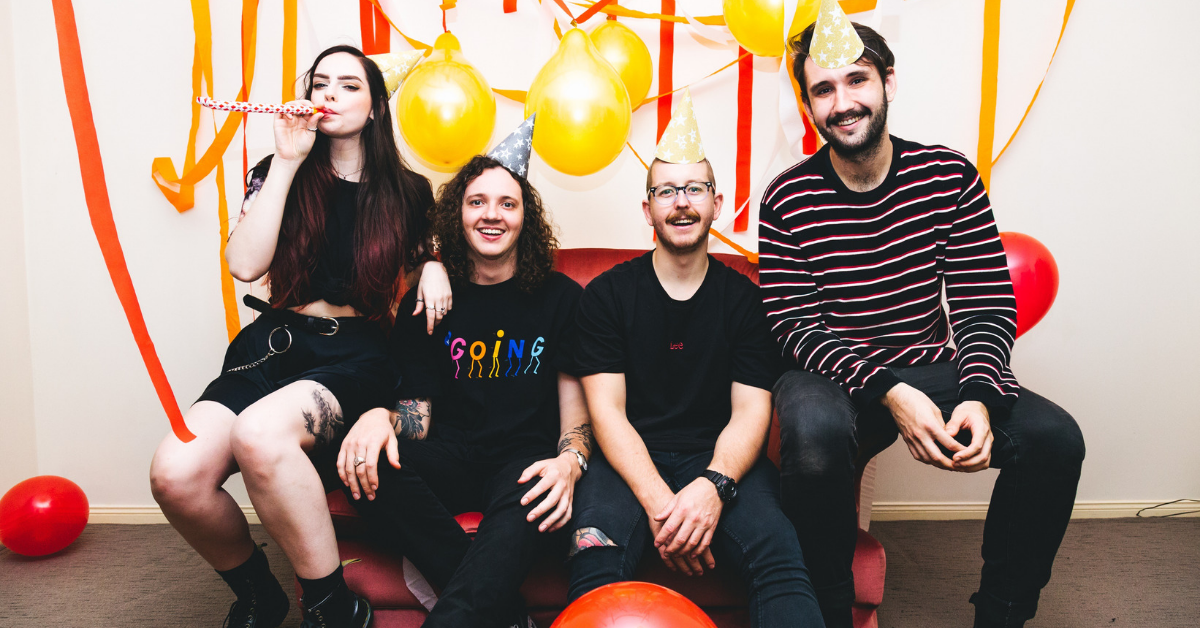 Delivering countenance of truths we all need to hear, Brisbane rockers Semantics blend the seriousness of R U OK day with Ben Lee’s We’re All In This Together optimism to check in with the mental health of humanity on their sophomore EP, If You’re Not Alright, out this Friday, 7 June.

Continuing the conversation they began on their debut Cemeteries, If You’re Not Alright sees the quartet tackle head on a range of issues often not spoken about.

“Each song is discussing a facet of life as a young Australian in today’s world, whether it’s juggling work with study, opening a dialogue about mental health or just dealing with the heat,” said front man Callum Robinson.

“Throughout the EP, we acknowledge the variety of challenges we face on a daily basis. We want to remind our listeners no one is isolated in their grievances and that it’s important to seek and accept help, look inward and exercise mindfulness. None of us are perfect people, we’re all learning how to cope and there’s no shame in reaching out when you need support.”

Describing the EP as a dynamic and assertive collection of songs with no shortage of power and emotion, Callum says the band worked hard to diversify their sound, drawing influence from an array of artists including Underoath, Green Day and Bloc Party to name a few.

With national airplay already under their belts, this talented bunch are set to add their first national tour to their list of achievements when they take If You’re Not Alright on the road to Melbourne, Newcastle, Sydney, Gold Coast and their hometown Brisbane throughout June/July.

“This will be our first tour as Semantics, that’s easily the most thrilling part of all of this! We’re incredibly excited to catch up with our interstate friends and to meet new people. We’re also looking forward to finding the best vegan food within the vicinity of each venue to chow down before each show.”

With their EP out in the world this Friday, the band are looking forward to sharing their new music with fans on tour and riding the waves of opportunity that come their way, and of course writing more tunes!

Stream Semantics’ prolific, entertaining and ear-candy-worthy new record exclusively below and catch them kicking off their national tour at Brisbane’s Crowbar on 28 June.

IF YOU’RE NOT ALRIGHT – SEMANTICS