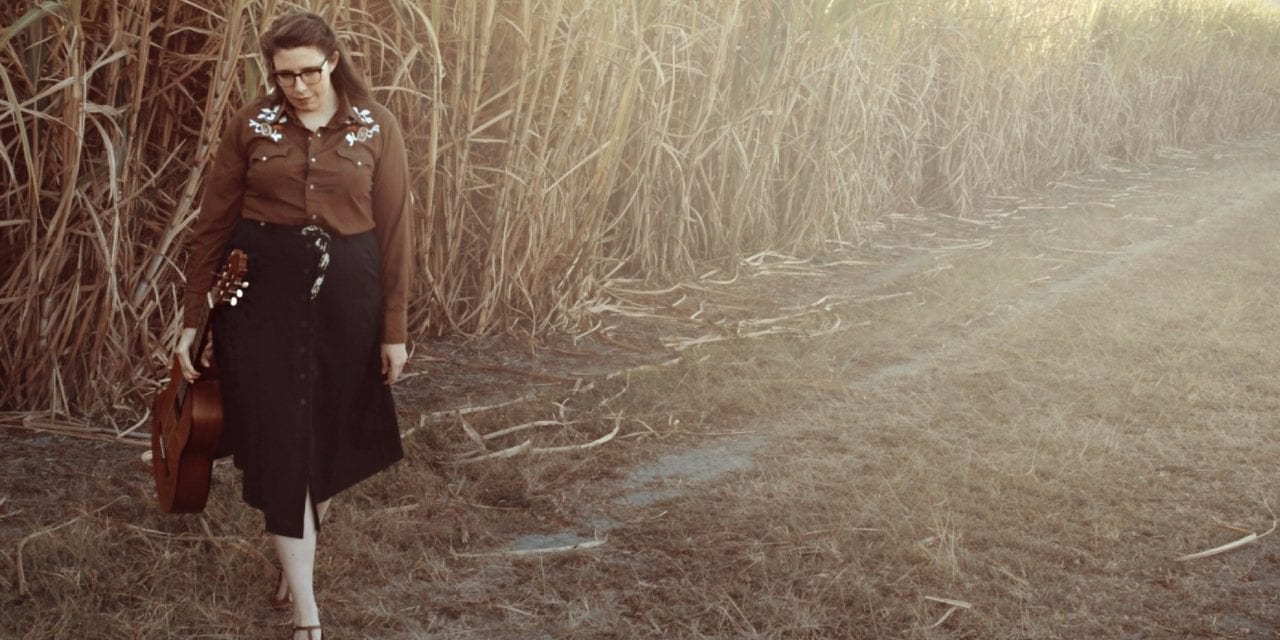 Like an old empty house you’ve been staying in, Ramblin’ Ash’s self-titled debut EP, out 22 February, invites you in with homely tones, and musical stories painted over a sparse and lonely soundscape.

Produced, recorded and mixed by Nell Forster at Brisbane’s Aisle 6 Studios, Ramblin Ash is the protégé of Ash Constance who weaves folk, Americana, country and blues into raw, unrefined songs from the heart.

A prolific songwriter, with a mature sound, Ash has covered a great deal of ground in a short time, taking up music at the age of 18 before travelling the world and writing her first song in England. It’s this wanderlust, and experiences of different places that inspired the lyrical content on her record.

Interestingly, the first two tracks on the EP, Fifteen White Flower and Slip Away Blues, were written while Ash was living on a reserve in Kangaroo Island, South Australia, an experience she describes as “cold, wild and beautiful.”

“All the special places and people end up in my songs – and that was definitely an inspiring place. Being alone there gave me time to reflect on things,” said Ash.

“A recurring theme throughout the songs on Ramblin Ash is the thought of ‘leaving.’ As I’m always moving around I do a lot of it – I find the sadness of leaving things behind kind of beautiful.”

Kicking off this Thursday, Ash will be hitting the road for an East Coast Tour with fellow folkster Ruby Gilbert and bassist Phill Jenkins.

“The shows are a mix of lonesome tunes, tall tales and short ones, bad puns from Ruby, a dash of Dr. Jurd’s Jungle Juice and a bit of old-time charm thrown in for good measure.”

Stream Ramblin’ Ash’s self-titled debut EP exclusively below, and catch this songstress on the road throughout February and March. Ramblin’ Ash is available from Bandcamp on 22 February.