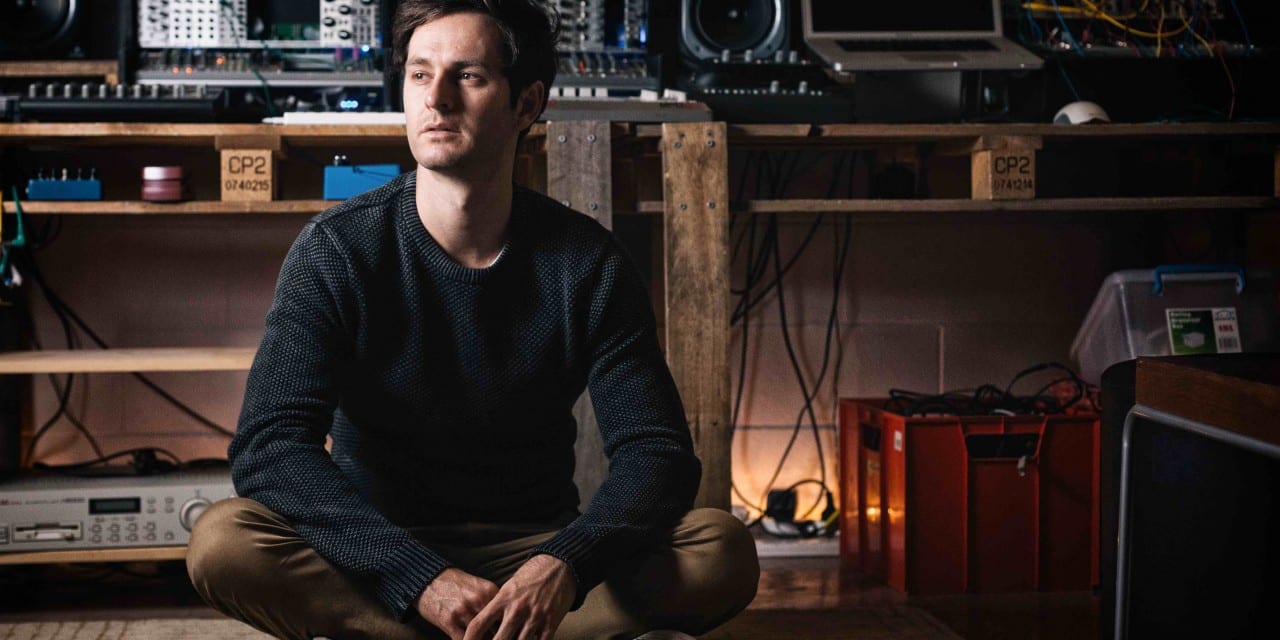 Bursting onto the Australian music scene with singles Round and Round and Colours, Ryan Wyatt aka Project Montreal is today unveiling his ambitious debut album Patterns.

An eclectic blend of alternative pop treats, Patterns draws on influences ranging from David Bowie, Kanye West and Picasso to present an imaginative combination of acoustic, electronic and orchestral elements.

Taking an unprecedented approach to recording, the album was recorded across three continents with the help of Grammy award winning arranger and pop music icon Van Dyke Parks, legendary mastering engineer Bob Ludwig, producer Jose Mclaughlin and the Czech Philharmonic Orchestra. Such a task would be daunting for even the most established musician, but for Project Montreal it was an exciting challenge.

Already one of Australia’s most promising stars, Patterns is sure to further cement Project Montreal as an astronomical musical force!

Stream Patterns and delve into each song with Ryan’s track-by-track description of the album (below) before catching him at his album launch with ROI this Sunday, 22 May at The Brightside.

Colours
This song is probably the most up beat track tempo wise on the record. The lyrics, harmony and the core elements of the arrangement were written at the piano before the arrangement and production stages. The goal was really create a large, pulsing and yet detailed landscape for the song to speak from.

The Party’s Over
With this track it was very much inspired by Picasso’s concept of playing with opposite and opposing forces whilst exploring the tension and reaction between them. From an arrangement perspective playing with everything from different instrumentation to textures and dynamics. The point that arrangment and production started form was: I wonder what Pharell Williams producing the Beatles would sound like?

Out to Dry
Was probably one of the more difficult song in the recording phase – it took a bit of wrangling and experimentation to find the everything from tempo and the balance of instrumentation between the electronic and acoustic elements to sit together. In the song writing phase –  the intro was actually the last thing written, and am stoked how well it come out.

Lonely Flowers
The song was written quite late at night while sitting on my bed. The emotional content of the song is pretty self explanatory. From a song writing perspective at the time I was going through a phase of listening to a lot of Dylan which I feel comes through in the guitar work. As well as this I was very interested in transcribing and looking at the idea of odd and uneven bar length/structures. The bird calls that appear in the background came from the Studio in  Prague recording with the Prague Philharmonic and Van Dyke Parks. When we would enter the control room of the studio it opened up onto this beautiful little courtyard where there was a blackbird who was singing along all day… As fate has it he made it in to the recording – and so far we haven’t heard from his representative!

Something
This is probably the heaviest track on the record (and one of the most fun to play live). I was going through a phase of exploring and sampling eastern instruments,and love the way the reversed sitar sits against the back drop of the track. Lyrically, although the track sounds quite dark too me I feel it’s somewhat optimistic, acknowledging the changing nature of “things”.

Trigger
Actually was the last song written and recorded on the record, and is pretty fun and cheeky little track. We were actually coming to the end of the recording process as the song was written. It followed a similar pattern of a few tracks being written as a song on the guitar of piano. I like the idea of using your imagination to cultivate and visualise an idea before committing to pre production and laying it out in pro tools. I feel if done too early you can stunt and inhibit the growth of a track.

Lara
This track is very much inspired by Brian Wilson of the Beach boys and was probably the easiest track to write and Arrange. I recall writing the lyrics out before bed one night. I think the next day I sketched the harmony and melody out on the guitar… And a few days later arranged and orchestrated it in an hour or two. It was an amazing experience to see this track come together the whole way through out the creative process. If only all songs fell together like this one.

Silence
Out all the tracks on the record this is probably the one i’m most proud of. To have someone like Van Dyke Parks buy into the idea and vision of a song was amazing. The actual song was first written on an acoustic guitar in my kitchen – all the time visualising what Van Dyke Parks would contribute with the orchestra. It took him nearly twelve months just to finish the orchestration using a pre production demo he had.  This song was very much influenced by the idea of combining contradictory elements. The whole process from writing,producing, recording and especially mixing was a real adventure.

Round and Round
Was a really fun track to pull together. I had half the verse and chorus of the song laying around for ages. I was just playing around with Sam Kirby in my production space putting some beats and synths together (which ended up on the track) when we came up with the first half of the verse. It was like the last piece of the puzzle falling into place – as we had the tune together in no time.

Seems So
I see this song as just a little diddy or interlude in the album riffing on certain themes that show up through out the record.

Inner City Lullaby
This was by far the hardest and most difficult track on the record. After going through a period of writers block the first verse and the chorus were written in about the same amount of time it takes to play it. I remember thinking “Shit I better write that down”. The second verse I probably struggled around with the lyrics for about 5-6 months until it felt right.  Once we hit the studio with the song I remember listening back to the first session we did (which had a real country vibe to it) and absolutely hating it. In my own mind I scratched the song from the record. It wasn’t until much later in the recording process that I revisited the Pro tools session in my studio at home and started stripping back the song. What stood out beneath it all was a vibe to what was really close to how the song eventually ended up. To create the atmosphere of the song took several visits and attempts in the studio to get the choir vibe right. In the end it was by far the most difficult song to create on the record, but ultimately one of the most rewarding.