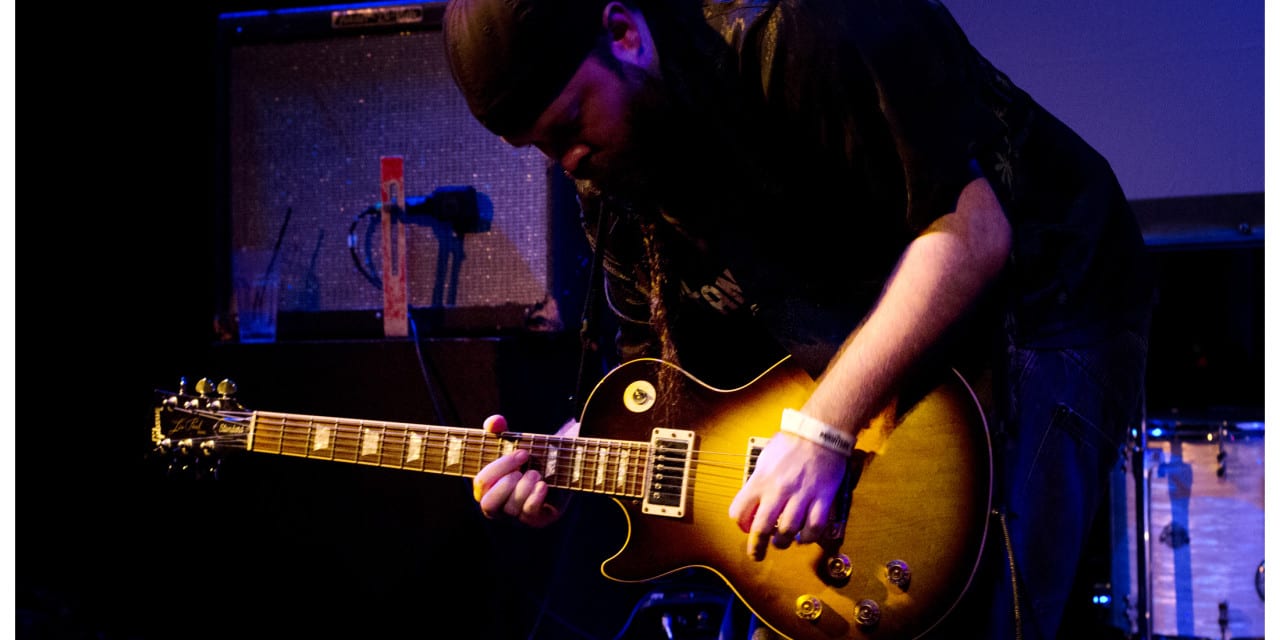 The sibling record to WPNB, Sam says WPNBII, like its predecessor is very much improvisation driven. Interestingly, most of the guitar work for the new record was done in front of a lens.

“When I was making the music videos for WPNB, I thought it would’ve been cooler to be working with footage from the actual recording sessions. So, I’ve done that with the second record and it without a doubt had an impact on my playing. It’s a bit like having an audience,” he said.

Sam is currently working on a full-length album due to be released later this year.

If you’re looking for some sick beats n jams, listen to Nonjuror’s Watched Pots Never Boil II exclusively below and read about the record track-by-track to be even further in-the-know!

01 Jumentous
I’m a sucker for a cinematic, sample-laden introduction to an album.  I was intent on making a certain style of music video for this tune which ultimately resulted in me dragging my studio gear into the lounge room and recording/filming it in front of a poor man’s green screen.

02 Ekka La Anguila
I used to work with a dude of impeccable hip hop taste who introduced me to the likes of Latyrx, D’Angelo and Lettuce.  He came over to Skybar Studios one evening with a sort of beat he wanted me to write, tapping out the groove n humming what became the main bass/guitar riff and horn line.

03 Fiona Horne
I oftentimes run with the working title.  The night I started writing this beat I got a call from a mate with a spare ticket to Aussie industrial rock legends Def FX at The Zoo in, like, an hour…so I hit “ctrl+s” and typed the first thing that popped into my head.  Man, they burnt the house down that night.

04 The Chiliahedron
Initially, I didn’t envision this to be a Nonjuror track but rather a rap freestyle cipher groove.  One morning while transferring footage from my GoPro I discovered that unbeknownst to me I had, shall we say, in a state of enigmatic inebriation laid down this tasty take.

05 Pinguid [feat. AeonMind]
I’ve produced more music and performed more INSANE gigs with Brisbane emcee AeonMind than I’ve eaten pepperoni pizzas…If you dig this, check out our band Quorum Consensus.  For the solo I kept thinking “how would Tech N9ne tackle this beat as a guitarist”.

06 The Chiliahedron [Instrumental]
This is kinda like a bonus track…as I said, this was preconceived to inspire dope emcees to freestyle over and I’d still like to hear that. So, this is an open invitation to vocalists (and instrumentalists for that matter) everywhere to download this sucker, do your damn thing and get at me!