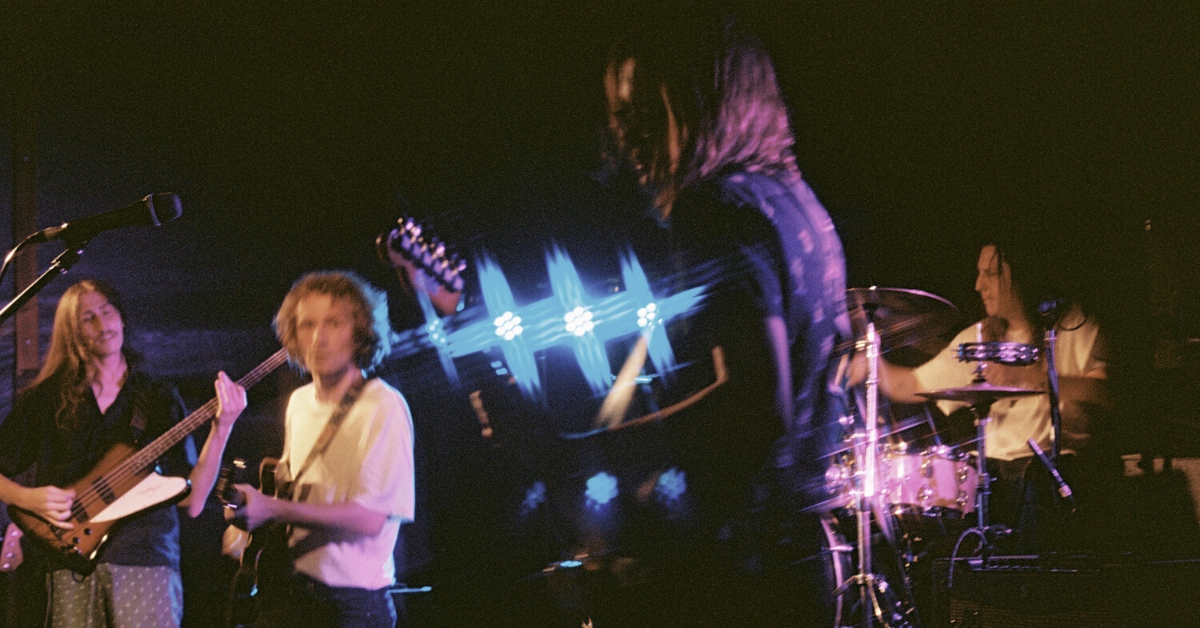 Turning their frenetic live show energy into a buzzing rock n roll jam, Gold Coast quartet Honeygum are getting the party started with their high octane debut single Touch And Go, out 1 May.

No strangers to the stages of the local music scene, Honeygum spent their formative years building their sound and live show, playing alongside fellow Queensland acts like Port Royal, VOIID, Peach Fur, Electric Zebra and many more. Keen to introduce themselves to the world, they stepped off the stage and into the studio in late 2019 to live-track Touch And Go, a tune that speaks to the juggling act that life often becomes.

“Touch and Gois about balancing all things ‘life’ while trying to work towards something special. It’s also a reminder to be grateful for the people who stick by you even though at times you may feel like you’re idling without direction,” said front man Keegan Brown.

Working with producer Keelan Sanders (WALKEN, Electric Zebra) at Bedlam Records, Touch And Go brings together upbeat guitars, driving bass and punchy drums to create what the band describes as a ‘spiky jangle.’ Giving nod to icons like The Velvet Underground, The Strokes and The Saints, Touch And Go is a garage-rock banger fans of the aforementioned acts will love.

As the entire modern world is currently ground to a halt, there’s no better time to acquaint yourself with new music and get your own party started at home by streaming Honeygum’s debut single Touch And Go, exclusively below.

Honeygum’s debut single Touch And Go is out this Friday, 1 May. PRE-SAVE HERE.