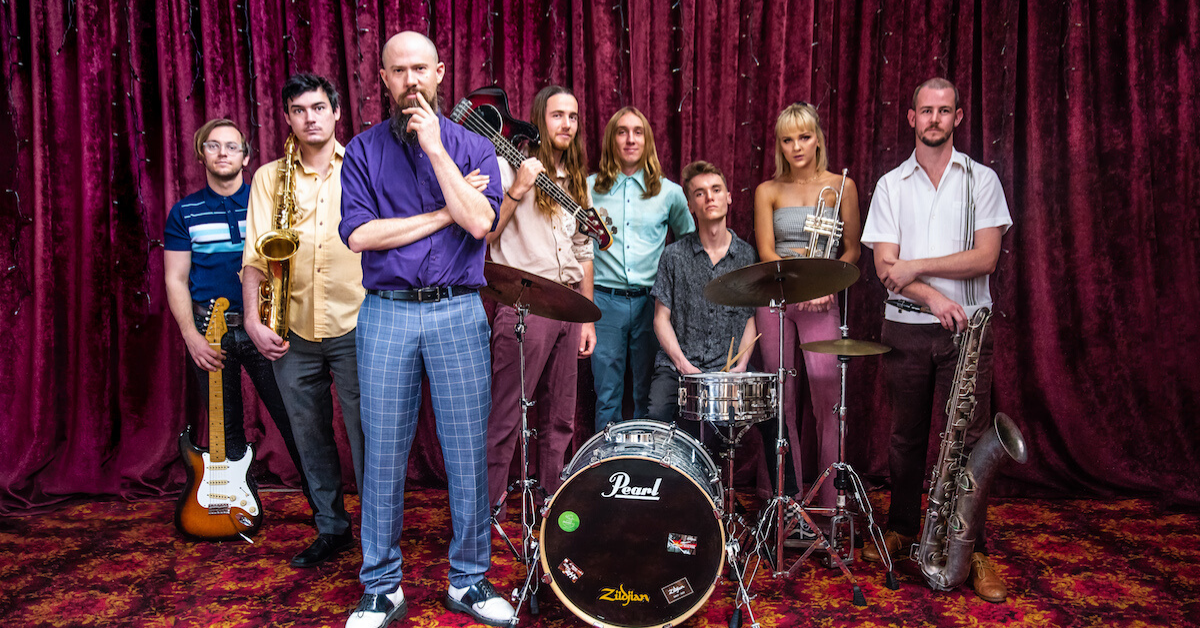 If you thought The Goldbergs was the only modern-day effort to channel 1980s sitcom-vibes, think again. Brisbane’s own savvy soul collective, The Holy Rollercoasters, have taken all your mum’s favourite 80s sitcoms and rolled them into a hilarious Flight-Of-The-Conchords-inspired parody music video for their forthcoming single Best Thing I’ve Ever Done, out 30 March via 4000 Records.

Masters of walking the tightrope between serious and silly, The Holy Rollercoasters Best Thing I’ve Ever Done is a tongue-in-cheek, neo-soul slow jam that addresses the transition many couples make from the early stages of lust-filled days to the more stable, comfortable confines of long-term domestic life.

“Too often people leave the lust behind and still want to write about being a teenager,” said front man Jimi Beavis. “I was nearly 40, in a long-term relationship and I wanted to write something authentic that could still be a bit cheeky and suggestive.”

While many may think the wane in passion long-term may be of concern, Jimi says the band aims to provide an alternative perspective: that the stability of a long-term relationship might actually be something more enjoyable than the excitement of fleeting encounters.

Meanwhile the accompanying music video takes a leaf out of the ‘too many cooks in the kitchen spoils the broth” guidebook and good-naturedly flips it on its head. As an octet, it’s a concept the band has indirectly come up against, with many people surprised at just how many members make up The Holy Rollercoasters entourage. With the band members, their family, friends, colleagues and feline companions all making appearances, the Best Thing I’ve Ever Done music video plays like a VHS cassette that’s had hilarious snippets of 80s TV shows taped together back-to-back.

“I’m a sucker for sitcoms and parodies and parodies of sitcoms, so when Jimi first showed me the clip I was all about it.” said John Russell of 4000 Records who’re releasing the track.

“The only downside is that it may be difficult to hear the song over all the laughter!”

Press play on the witty sitcom parody that is The Holy Rollercoasters Best Thing I’ve Ever Done music video, exclusively below before the track officially drops on Monday, 30 March via 4000 Records (PRE-SAVE HERE). We guarantee you’ll struggle to keep a straight face!