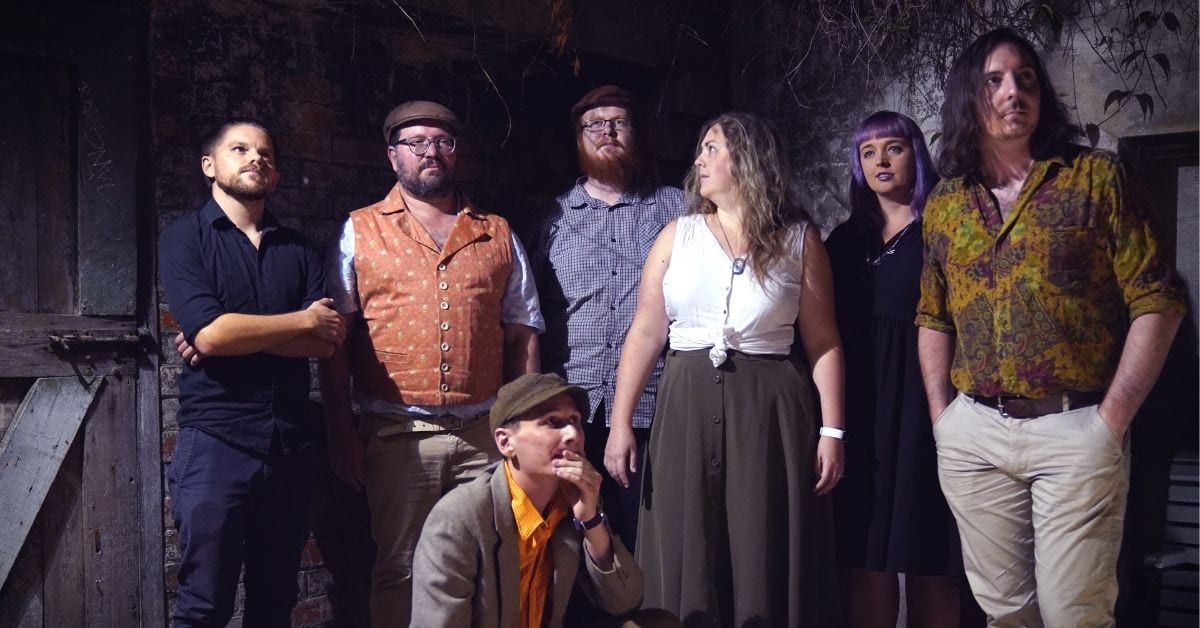 Kicking off their recent signing to 4000 Records with a bang, Brisbane’s favourite neo-gypsy septet Greshka transpose the thrilling vibes of cartoon chase scenes into a rambunctious ditty on To Prune A Triffid.

Making hips shake and toes tap since their inception in 2009, Gresha have carved out a niche across the nation with their fusion of traditional Romanian gypsy, Hungarian folk, Balkan, klezmer stylings and electronica, metal, jazz-funk and classical brushstrokes. Set at a rollicking 280bpm their latest tune was inspired by lead composer and cimbalom player André Bonetti’s musings upon reading John Wyndham’s 1951 novel Day Of The Triffids.

“I started sketching the song after reading Day of the Triffids – an early sci-fi about possibly-alien plants uprooting and r-r-r-r-rekkking humans with poisonous vines and eating them. It’s brutal and I thought the image of a well-kempt triffid garden was hilarious,” said André.

“Anyhow, I had in mind a cartoon-esk chase scene where the only weapon the poor fleeing humans could find was garden prunes. It’s a bit of a cinematic number – aiming to tell a story of sorts with jolting shifts in groove, texture and harmony.”

Bunkering down in covid-19 lockdown earlier this year the band had more time to write and record new material including their forthcoming third album Inebriation, of which To Prune A Triffid is a first taste. Describing the album as absurd prog-gypsy that is more electronic than their earlier work, André says To Prune A Triffid is a healthy musical middle ground of what is yet to come.

The newest addition to Brisbane’s 4000 Records roster, Greshka will be joining the line-up for the label’s first birthday celebrations at Club Greenslopes on 10 October alongside label mates The Double Happiness, Endless Valley and Fingerless, to launch their latest single.

“We’re super keen for this one – it will be the first gig we’ve played (and attended) in a very long time! Don’t tell anyone but we’re going to eat cake WHILE we play. We’re going to weave sparklers into Kirsten’s bass strings, there’ll be chocolate all over my keytar, actual snakes in Sam’s sax bell, and we’re going to put an actual rocket in Yori’s pocket.”

In the words of their new record label who are stoked to have them on board: “loosen your suspenders, tighten your shoelaces and get ready to flap your extremities” by streaming Greshka’s rambunctious new single To Prune A Triffid, which is out now.

All ticket and event info HERE

TO PRUNE A TRIFFID – GRESHKA