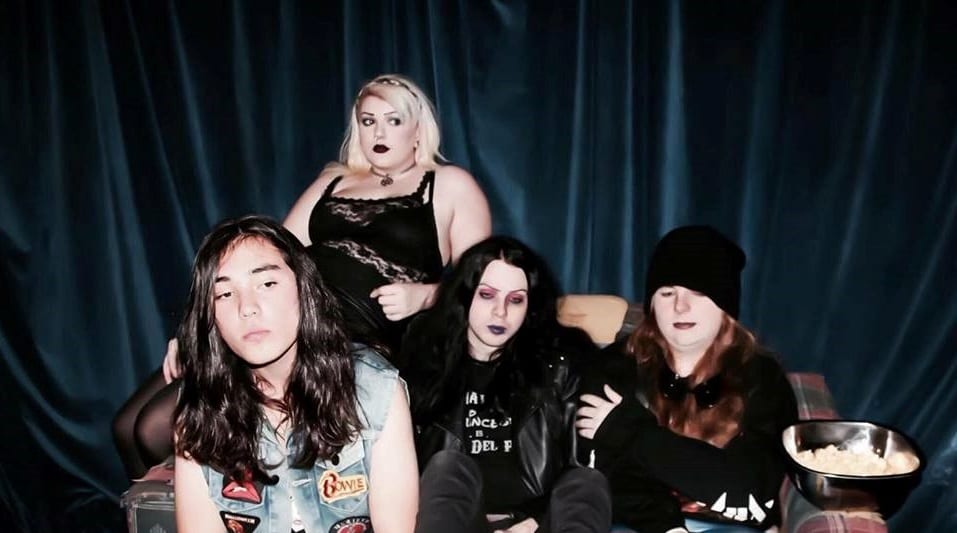 Giving voice to all those who have ever felt on the outer or misunderstood, Brisbane metal quintet FriendlyFire have turned pain into brilliant art on their debut album Anti Human.

Inspired by the band’s own personal demons, Anti Human is a concept album that explores themes of alienation, loneliness, drugs and alcohol abuse, nihilism and existentialism, heartbreak and the slow decay of society.

Describing their lead singer as “the Taylor Swift of metal,” lead guitarist Dustin Schmidt says the record is a brutally honest insight into the band’s worldview and the state of mind they were in at the time of writing.

“Anti Human is very dark and nihilistic. It draws heavily from our own pain of years of abuse for being different and weird because of the way we dress and the music we listen to. Writing this record was a way for us to work through a lot of our baggage,” said Dustin.

Influenced by an array of artists from Marilyn Manson and Korn to David Bowie, Lana Del Rey and Eminem, FriendlyFire are determined to keep their music interesting instead of sticking to any one sonic formula. Anti Human spawned two lead singles in Dead Ecstasy and Killing My Sanity and is the follow up record to the band’s experimental electronic EP Noise In Our Heads.

With their debut single charting at number 1 on the Triple J Unearthed charts and their previous singles receiving international airplay, Dustin says the band are excited to finally be sharing their debut album, one they hope will connect with listeners in some way.

“With this album, we want people to know that they’re not alone. Hopefully by being open and honest about our experiences and our mental states we can help other people who are going through similar experiences.”

“We also want to encourage people to embrace being themselves and to reject society’s boxed-in ideas of how to live. You should live your life how you want to and have fun doing it.”

FriendlyFire are welcoming Anti Human into the world with TWO album launches this weekend (see details below). So put on your headphones, drown out the world and immerse yourself in the poignant brilliance of FriendlyFire’s debut album with your exclusive stream below!