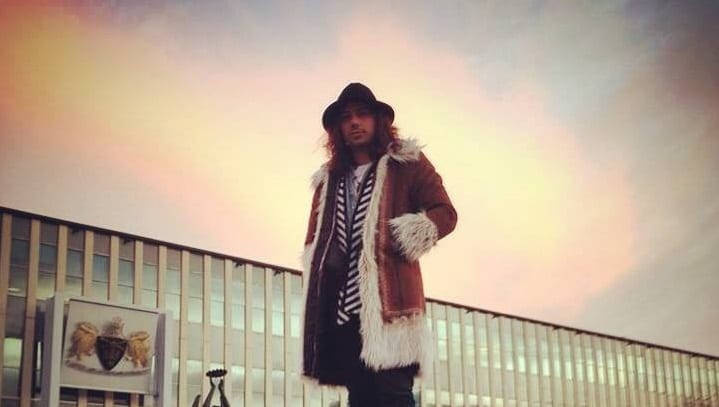 Brisbane’s own Duke of music, The Duke, is today making his foray into public life with his debut single Summer Rain. With lyrics like I f***ed the devil in a black dress, this musical coronation has certainly got tongues wagging.

A psychedelic murder ballad filled with crooning vocals, jangly guitars and eerie vibes, Summer Rain tells the tale of a man and his woes, while giving nod to musical genres of the past.

“Summer Rain was inspired country murder ballads from the 1940s and 50s that artists like Johnny Cash would sing. I wanted to use that same recipe for the song but give it a dark, psych-rock twist,” said The Duke.

“There’s also parts of the song that are autobiographical – moments from my life I decided to re-use and paint into this dark musical world of grit and sorrow.”

Recorded at Studios 301 in Sydney and finished off at Bernard Fanning’s Byron Bay studio, La Cueva, with the help of producer Dan Frizza (Ash Grunwald, The Waifs, Xavier Rudd), Summer Rain is a solid debut with a mature sound.

A music video for Summer Rain, which The Duke says is as wild as the lyrical content it portrays, will be released soon, with an East Coast tour and album also on the cards for Brisbane’s newest psych-rocker.

For now though, fans can catch this musical maestro launching Summer Rain at The Zoo this Saturday, 24 June.

“I’ll be giving this show everything I’ve got to give and then more. I’ve pieced together an amazing band filled with the most amazing musicians I know and we’re going to kill it on Saturday night, so be sure to come check it out.”

Listen to Summer Rain exclusively below, and give a warm welcome to the newest member of the Brisbane Music Royal Family, The Duke. Summer Rain will be officially released on Friday, 23 June via Bandcamp.

Catch The Duke launching his debut single ‘Summer Rain’ alongside Fugitive & The Vagabond and Rugged Coast at The Zoo this Saturday, 24 June. All event info available HERE.