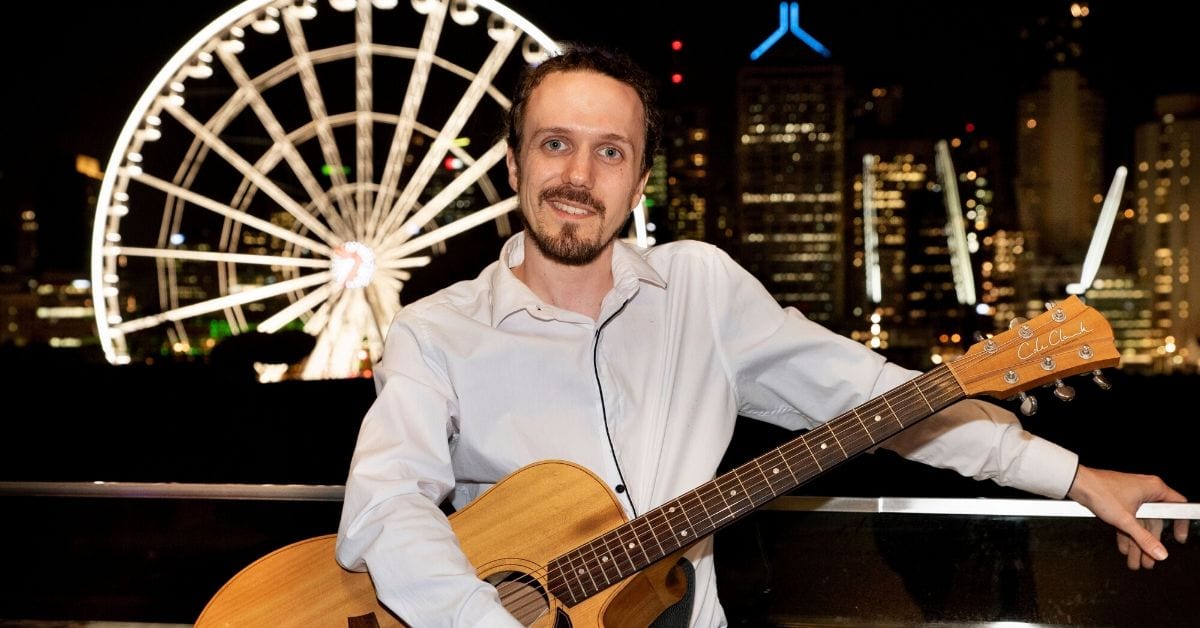 If you’re sitting at home twiddling your thumbs, twiddle your thumbs no more! There’s a whole universe of possibilities to be explored as Conspiracy Of One shows us in his intergalactic animated music video, We’re All Aliens, Baby.

A science fiction piece inspired by the Fermi Paradox (which poses the question: ‘where are all the aliens?’), We’re All Aliens, Baby arrived on the 45th anniversary of the Arecibo Message last year, taking listeners on a journey that combines existential philosophy and social commentary, to arrive at one conclusion: maybe we are the aliens. Now, the accompanying music video is a retro trip gamers and science enthusiasts alike, are sure to dig.

“The song is an imaginative ‘trip through the galaxy’ (the slide guitar implying travel to the next location), and I wanted the video to portray that, so the green rocket ship represents the listener as they travel throughout the stars,” said Nathan Eggins, the man behind Conspiracy Of One.

“With the cover artwork of the single being in the same style as the original Arecibo message, I decided a retro arcade/video game pixel style would be well-suited. The lyrics were then added to keep things moving and interesting because otherwise there was a lot of empty space (pun intended).”

At present, as many of Earth’s inhabitants find themselves housebound for the foreseeable future, We’re All Aliens, Baby is a timely reminder to think outside of the world we live in; to ponder, to imagine and to embrace the idea of something bigger.

“My intention with the song/video is to give people a sense of scale, perspective and wonder, to share my enthusiasm for science and science fiction and to make people smile by giving them something a little different. They’re also a number of ‘Easter eggs’ (hidden jokes or references) throughout the video too – no spoilers though, you’ll have to find them yourself!”

WE’RE ALL ALIENS, BABY – CONSPIRACY OF ONE