Premiere: Andy Martin Candidly Unpacks The Past On ‘My Hearts Not Beating In Time’ 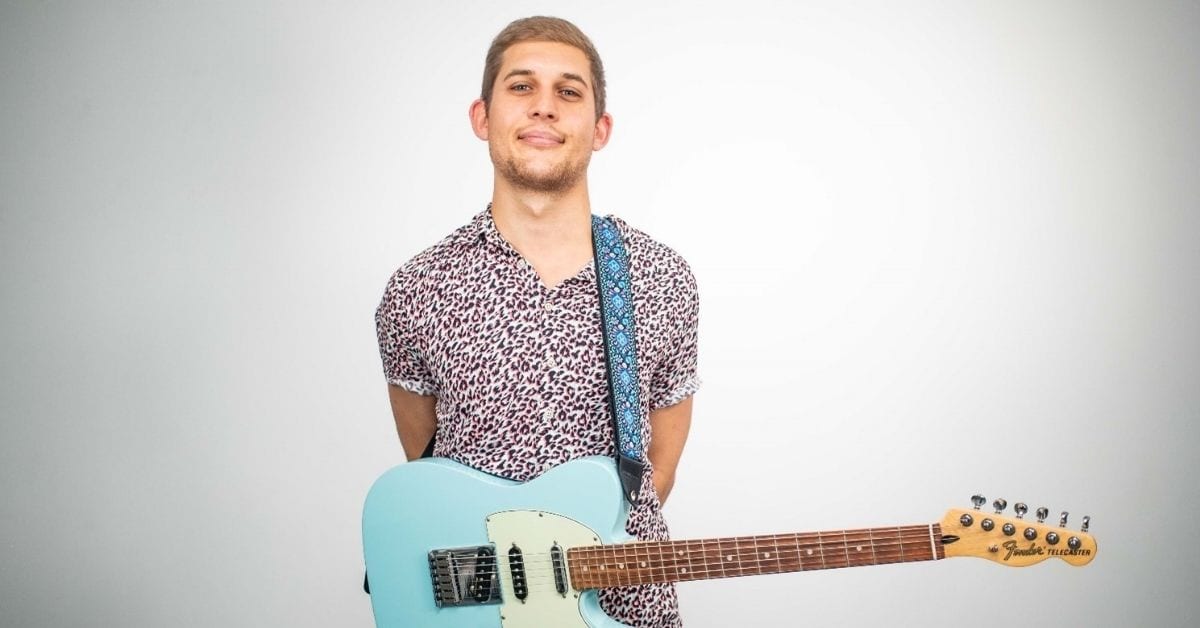 Driving straight into your psyche with infectious guitar-driven lines that swirl amidst an indie pop-rock vibe, Brisbane’s Andy Martin unpacks the past and its bearing on his current life in his candid new single My Hearts Not Beating In Time, out 23 October.

Tapping into the new norm many became accustomed to under covid-19 lockdown of having time to properly pause, think and reassess choices and where one finds themselves at in life, Andy’s new track is a metaphorical fork in the road as he deconstructs remnants of his past in order to move forward on a fresh path.

“My Hearts Not Beating In Time stems from an old relationship but touches on the topics of anxiety and depression,” said the talented singer-songwriter and multi-instrumentalist. “I wrote this song when I was not really in a good state of mind. I was confused and reflected on some old experiences and the song just came out. The line in the chorus: ‘Please don’t go, though you’re hurting me and I’m hurting you,’ is basically what the song is based on. It’s that constant push and pull from both parties which is destructive for everyone involved.”

With a layer of lyrical heartbreak woven into the macro themes of unease, hopelessness and dissatisfaction – feelings that are currently rife throughout the global community – Andy’s My Hearts Not Beating In Time arrives at a point in history when millions of people find themselves out of step with their own sense of being and stuck in seeming disconnectedness.

“The main message I want people to take away from My Hearts Not Beating In Time is not to dig a deeper hole when stuck in a rut. Don’t be afraid to walk away or question something when you’re unhappy…it’ll eat you alive otherwise. It seems hard at the time but it’s the truth.”

This latest single is the fourth track to be lifted from Andy’s forthcoming debut EP Living In The Heat Of It All which he recorded at Brisbane’s Airlock Studios over the past 12 months under the tutelage of the legendary Ian Haug (Powderfinger, The Church) and brilliant producer James See. Featuring previous singles Mess We Made, Let This Go Again and Heat Of It All, his first record (which drops 6 November) sonically amalgamates elements of rock, pop, jazz and folk while lyrically exploring issues of love, loss and anxiety.

Having already racked up over 100,000 streams on Spotify as well as receiving airplay on over 70 radio stations around the world, Andy’s latest single and upcoming EP are both sure to be crowd pleasers. He’ll be celebrating his new single with two launch shows at Woolly Mammoth this Friday, 23 October, which he’s especially excited about.

“I am so so so excited to be playing shows again. People can expect 12 months of banked up excitement! The shows will be fun, quirky, and loud. Audiences can expect a lot of smiles, a few beers and a lead singer who can’t dance!”

Get in on the excitement and stream Andy Martin’s touching new single My Hearts Not Beating In Time exclusively below, and grab a ticket a to his launch shows HERE (early show SOLD OUT, later show selling fast).

MY HEARTS NOT BEATING IN TIME – ANDY MARTIN