Posted by Mimm | Muser Of The Moment 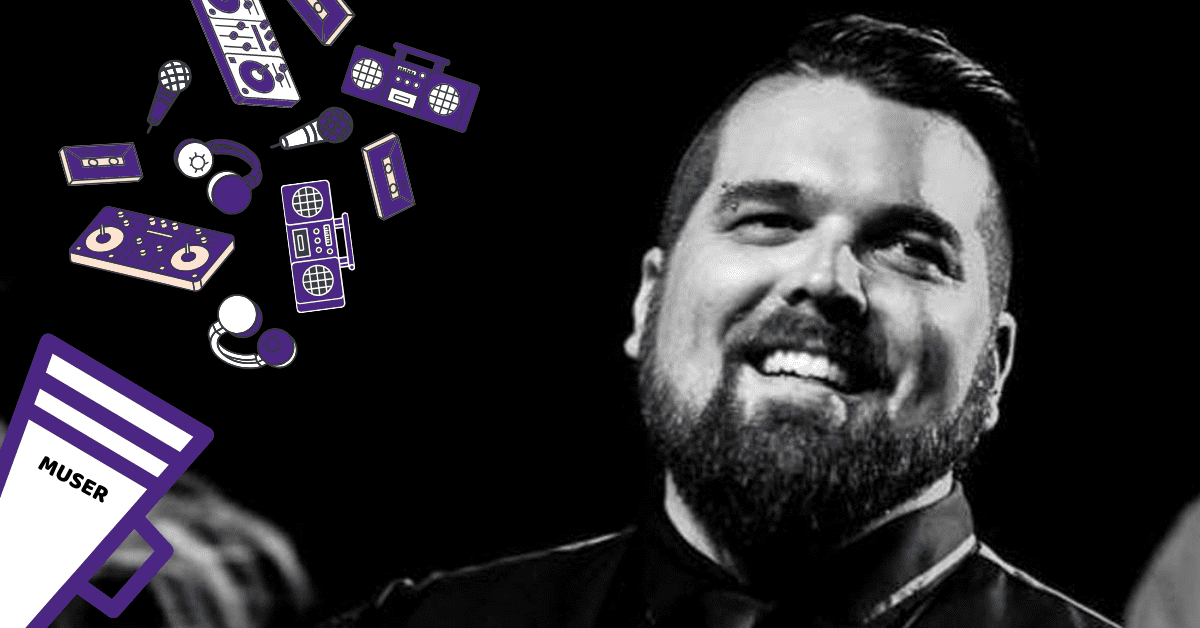 If you’re an Australian heavy music fan, there’s one man you likely need to thank for helping get your favourite releases into your hands. From teeing up emerging musical jewels with tastemakers to be propelled into the populous’ consciousness, to promoting the Aussie tours of international heavyweights, Queensland’s Tim Price is the mastermind bringing heavy music to the masses via his publicity firm Collision Course and digital radio station, The Faction.

Fascinated by the darker side of music from a young age, Tim was raised on the likes of Laura Branigan, Alice Cooper and Nirvana, adding Aussie heroes like Nick Cave, Silverchair and The Living End into the mix when he discovered Triple J at the age of 12. It was Metallica’s ReLoad and seeing Frenzal Rhomb, Korn and Marilyn Manson perform at Big Day Out in 1999 however, that thrust him into the throes of the heavy music he loves today.

Beginning his career as a high school teacher in Central Queensland, Tim describes his pathway into the music industry as a “weird one,” swapping textbooks for timetabling of a different kind as booker for O’Dowd’s Irish Pub in his hometown, Rockhampton, back in 2006 alongside none other than Craig Zonca (now ABC Brisbane’s Breakfast Radio host).

“From there, I was hooked,” said Tim. “I wanted to make the music industry my life – and truly, from there, it has been my hard work, sweat, tears, blood, ideas, connections, friends and cash that has propelled me through the industry.”

With companies spanning management (Pricewar Music), publicity (Collision Course) and radio (The Faction), the latter two of which saw him sign deals with fellow homegrown media mogul SGC Media, Tim has worked with hundreds of artists over the past decade including renowned stars like Avenged Sevenfold, Rise Against and Underoath to name a few, as well as local titans such as Dead Letter Circus, Twelve Foot Ninja and Polaris. He cites landing Dead Letter Circus as a client, attending the ARIAs for three records he worked on (for Dead Letter Circus, Twelve Foot Ninja and sleepmakeswaves) and being Steel Panther’s Australian publicist as pinch-me moments on his highlights reel.

“I never would have seen these things coming when I started the business. Never. Obviously when you start a business, it’s passion and heart that sustain you while the money isn’t great. Partnering with Stephen Green of SGC Media though, has helped be more strategic and marry up the ‘heart’ and ‘mind’ of what I do. To this day, it’s the music that continues to drive me.”

Nothing highlights this sentiment more than Tim’s latest incarnation, The Faction, an independent digital radio station dedicated to supporting the heavy music community and bringing the latest and greatest heavy tunes to fans 24/7.

“The Faction feeds my soul, I can totally fanboy out. It’s my outlet to play all the stuff I love along with material I believe will shape the future of heavy music. I take chances playing stuff that challenges what “heavy” is as we want to balance the old with the new. I never want to stop finding new music and new art.”

“In terms of the local scene, I love the breadth and width of what Australian artists do – it’s super unique and we punch way above our weight in the world.”

Like Miranda Priestly and the Runway team in The Devil Wears Prada’s infamous cerulean blue sweater scene, you’d be hard pressed to find a homegrown emerging heavy act or Australian heavy music fan, who isn’t knowingly or unknowingly, directly or indirectly, effected by Tim’s tireless work and influence championing the scene. And if you want to know how to build a creative career, this affable ‘cult leader’ has a few tips…

“Dream big and do something EVERY day towards building it – write that blog, do that e-mail intro, connect with that person you think you would like to work with in the future, record that song idea you have on your phone, spend time learning that new editing software or saving money towards that guitar. Every little bit adds up.”

“Above all, believe in yourself. Even if you have to bite off more than you can chew and then just CHEW LIKE HELL – even if your family or friends don’t think you can do it, have a crack. Why not?”

Three cheers for our July Muser Of The Moment, Tim Price, and all that he does for the Australian and international heavy music scene through Collision Course and The Faction. Join Tim’s heavy music community, The Faction, HERE, and may the force of heavy music be with you!

Muser of the Moment is a monthly feature celebrating hard-working individuals doing brilliant things to support the Queensland music scene.