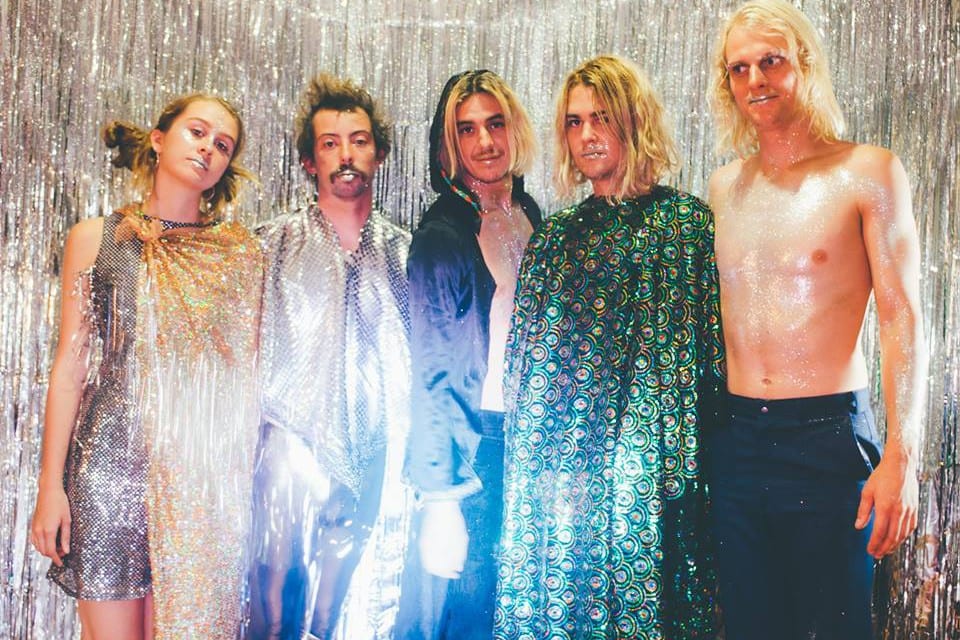 In just one week, music lovers and camping enthusiasts will be running through the gates of Jungle Love Festival. Among the revellers will be Brisbane psychedelic pop-rock lovers Moses Gunn Collective who are returning to play the festival for the second time.

“We played at the first Jungle Love Festival last year and it was great. It’s the vibe of the festival we really love. Everyone gets a bit child-like and let’s their hair down which makes playing there even more fun,” said vocalist and guitarist, Aidan Moore.

Known for their catchy tunes and love of all things sparkly, Moses Gunn Collective will be bringing their own blend of fun to the Jungle Love party. With so much to hear, see and do at the festival (the full timetable has just been released here), we asked Aidan to share the band’s Jungle Love bucket list and what we got was a rocking party guide instead (woohoo!)…

Learn the words to Moses Gunn Collective’s new album Mercy Mountain and get ready to party. Jungle Love Festival runs from 27 – 28 November. For all full line-up, timetable and ticket info head to the festival website.