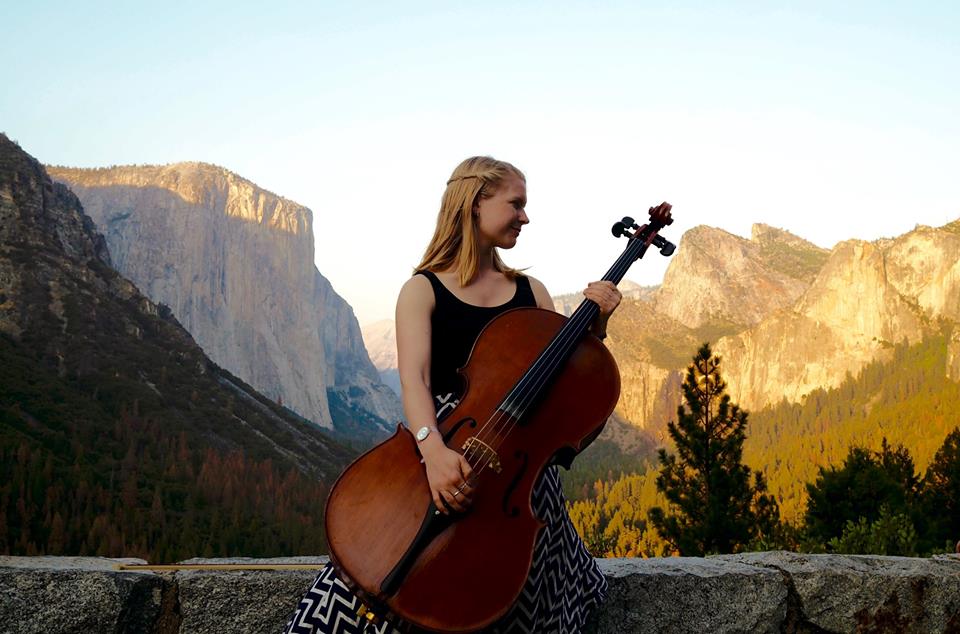 Monique Clare has only been flying solo in the folk scene for a few months, but she’s already won hearts taking out Folk Alliance Australia’s (FAA) Youth Award for 2017. Now she’s in the USA to record her debut EP.

Drawn to music from a young age, Monique began her musical journey at school, participating in everything from choir to big band. At the end of high school, she made her foray into folk, forming folk duo Rhiannon and Monique. After five years honing her craft she’s re-emerged as a soloist.

“Being a solo artist allows me to perform more genuinely. My songs are my own, with music and lyrics that come from a very emotional place,” she said.

Eager to continue expanding her musical palette, Monique is currently in the USA, participating in music camps and recording three tracks with renowned cellist Patrick Laird for her debut EP. The final two tracks will be recorded back home at Brisbane’s Hunting Ground Studios.

Featuring just voice and cello, and influenced by the likes of old time fiddle music, classical music, Radiohead, and Laura Cortese, Monique describes her debut record as “an EP for all the feels.”

“Musically I’m obsessed with dissonance and resolution – the satisfaction of two notes crunching up against each other before they pull apart and resolve. That sonic push and pull adds so much weight when you’re singing about moral dilemmas, falling in and out of love, or rage followed by forgiveness.”

“I hope the music gets right to the core of each emotion, in a way that all humans can relate to.”

Monique has launched a Pledge Music Campaign to help fund the record, with numerous goodies up for grabs including signed copies of the EP, house concerts and a mountain-top sunrise show. As a part of her recent award win, she’ll also receive twelve months mentorship from the FAA to support her through this exciting next chapter in her career.

“Winning the FAA Youth Award is reassuring and encourages me to keep going. I try to remember though that while recognition is great, it’s like an ice cream…you can’t rely on it to nourish you long-term and you can’t hold onto it for too long.”

With a plethora of musical adventures already under her belt, and many more to come, Monique says it’s stubbornness that has gotten her this far.

“My mantra is ‘be stubborn.’ Being stubborn keeps you practising when you’re frustrated, moves your fingers to write applications for things you probably won’t get, gives you the confidence to play in front of your musical heroes, and keeps you making music when you think you’re worthless.”

This is one folk songstress to keep an eye on!

Monique Clare’s debut EP is due for release in August 2017. You can pre-order the record and an array of other goodies through Monique’s Pledge Music Campaign HERE.