Monday Musings: ‘Monsters In The Dark’ With Monsters Of The Midnight Sun 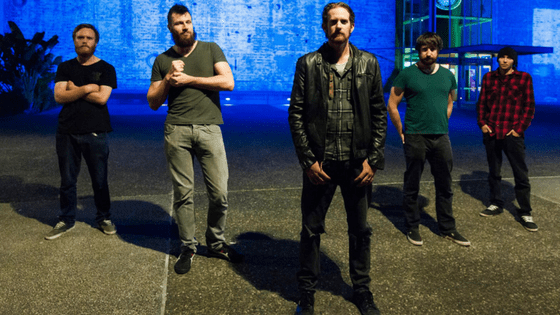 Brisbane alternative rockers Monsters Of The Midnight Sun have a lot to look forward to. They’re releasing an EP soon and are headlining the fifth instalment of Vincent & Jules’ Cookies & Cream Series this Friday night.

Ahead of their show this week, we asked the band five ‘Monday Musings’ questions related to theme ‘Monsters In The Dark’ and here’s what they had to say…

Fans can expect a high energy performance of all the Monsters favourites when the band take to the stage this Friday!

Catch Monsters Of The Midnight Sun playing alongside Ravens Lair, The Killing Stroke, Therapist and The Disgruntled Taxpayers at The Backroom this Friday night, 26 August. Tickets $10 presale, $12 on the door. All event info available here.