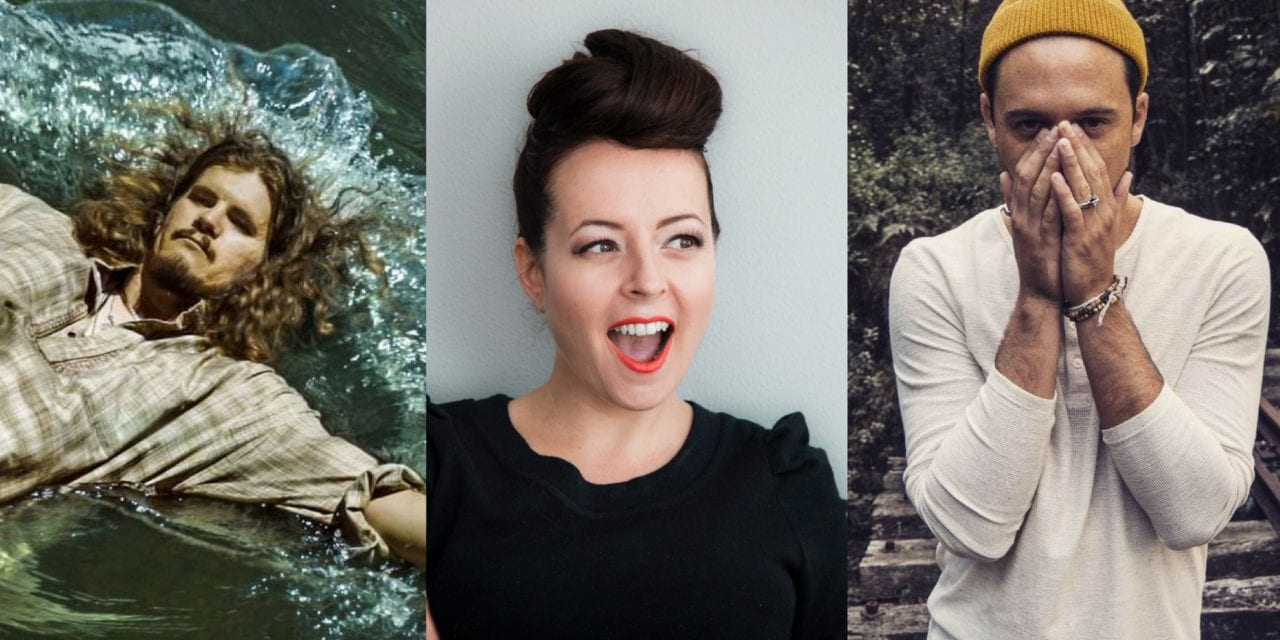 Putting the crowd at instant ease with an invitation to “chill out”, Boatkeeper provided warm, honest, witty and intimate storytelling.  The crowd, some of whom relaxed on the floor, listened intently to expressive singing, pretty and rich acoustic guitar, and moved along to the stomp box.  Boatkeeper, who was also celebrating his birthday, took the time to explain the meanings behind his songs which included tracks from the 2016 EP Windward.  The Spotify hit So Go was a crowd favourite along with his last song Cleanse which featured special guest Byron Short, who was also celebrating his birthday, on guitar.

With Tony on drums and Jeremy (Byron Short & The Sunset Junkies) on bass, Francesca De Valence’s set included expressive keys and soaring vocals which included some mind-blowing vocal gymnastics at times.  A captivated crowd, many relaxing on the floor, enjoyed fantastic song-writing and audience interaction.  Playing songs mostly from her new album Own Self, standout tracks included Karma Is A Bigger Bitch Than You, the new single Yellow, which featured local hip hop artist Megaladon, and the final song Obsession which featured Byron Short on guitar.

The crowd was milling around the stage in anticipation of the headlining act Byron Short & The Sunset Junkies and as the line checking took place, they started cheering.  Opening with Revelations, the band had the crowd up and headbanging to their rock vocals, heavy and bluesy riffs, driving drums, soaring keys, funky bass and massive, energetic stage presence.  The set included tracks from the album Revelations and their back catalogue with standout tracks Tunica, The Rhythm Of The Blues which was dedicated to Lemmy, the new single Young Man’s Dream with guest vocals by Francesca De Valence, and the final song for the night, a cover of Rage Against The Machine’s Bulls On Parade with special guest Megalodon.

This was a collaborative celebration with a happy and involved crowd and wonderful music that truly showcased what can be achieved through musical friendships. If you’re yet to experience the music of these magical musicians, be sure to check them out!