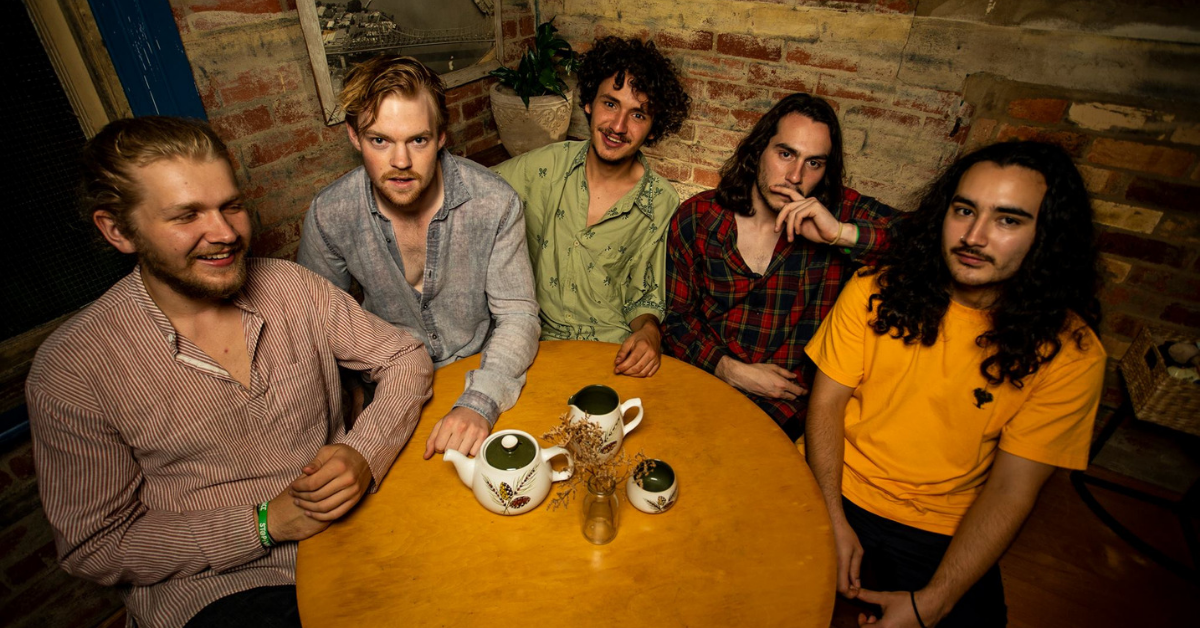 Saturday evening saw a vibrant homecoming show held at Club Limbo for West End’s prodigal sons, Kurilpa Reach, who were returning from a nine date tour that saw them take their unique blend of psychedelic reggae-rock across Australia. Support acts The Fools and Machine Machine set the night in motion, providing a warm welcome for the crew.

The Fools opened the evening with a hunger to spark the energy that would soon ignite into the rambunctious party synonymous with Kurilpa Reach. Drawing influence from songwriters like Nick Murphy combined with the vibrancy of Skeggs and the attitude of Jamie-T, the group’s infectious charm and groove made a lasting impression. These influences were honoured when the band unleashed an ambitious and well-executed reinvention of Flume’s Drop The Game. Soon enough, the influence of these Kiwi’s had grown so large they had the crowd responding with “chur-bro’s.”

Adding to the celebrations was psych-rock quartet Machine Machine, who radiated a charisma that coerced punters to dance harder and draw closer as they enjoyed the group’s unpredictably entertaining setlist which included improvised segues between songs. Never losing pace, Machine Machine layered funk elements into their psychedelic sound, drawing inspiration from The Police and early Arctic Monkeys. The group’s most popular song, Black Dress, struck with a fury that moved the whole crowd to a frenzy; perfectly setting the stage for their headlining mates, Kurilpa Reach.

The moment everyone had been waiting for was approaching. A buzzing commotion was soon drowned with an applause as the lads from Kurilpa Reach bounded onto stage. The ebb and flow of their setlist allowed for deep moments of groove, dance and some of the best dub/funk/psych-rock around. Singer and saxophonist Luke had a beautiful presence that he bounced off with drummer Vicente. One of the most impressive parts of the evening was hearing the sharp and well evoked nature of Vicente’s rhymes whilst he kept an amazing pace in drumming at the same time. As a gift to the crowd, Kurilpa Reach brought along two additional musicians for a brass section to assist in playing tracks from the group’s 2018 debut EP, Fool’s Fall. The added brass section brought power and prominence to the well sculpted show. The resounding applause at the end demanded an encore, one which Kurilpa Reach were more than happy to provide.

As the phrase made famous by Judy Garland goes, “there’s no place like home,” and Kurilpa Reach’s Best End tour certainly ended on a high in their hometown with the help of their friends The Fools and Machine Machine.