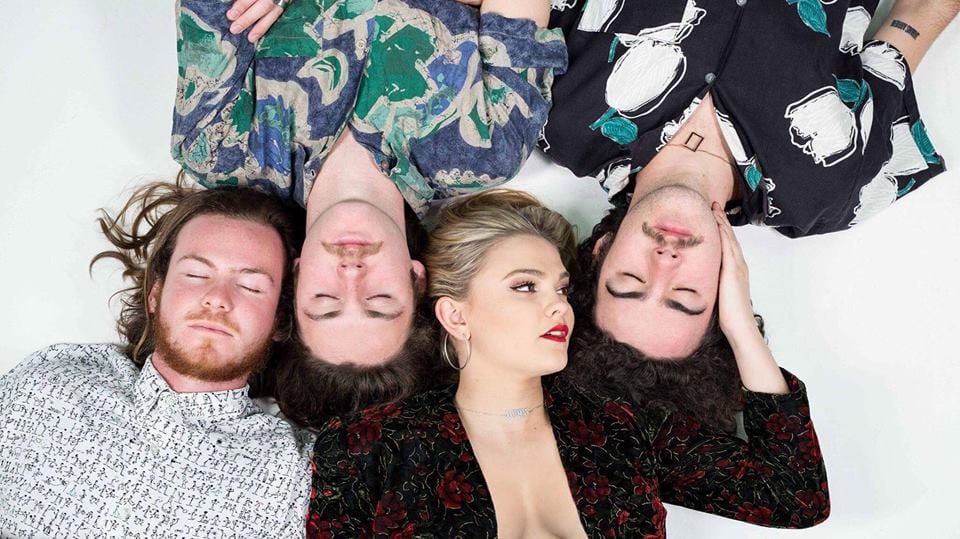 Despite the sun blazing down and the encompassing heat, the vibe at the BIGSOUND Gold Coast Showcase in The Brightside carpark this afternoon was all around kick-arse and filled with astounding energy. With three acts that were bigger than life, it was hard not to get sucked into the music and atmosphere.

Starting of the show with infectious energy was rockers IVEY. Lighting up the stage with personality, outstanding instrumentals, and mesmerizing vocals it was hard to stand still. Performing some of their hits including, Last Week and Out Of Time, IVEY put on an outstanding performance that you could re-watch over and over again.

Eliza & The Delusionals continued the party with some impressive guitar work, awe-inspiring beats and vocals that set your soul on fire. Featuring punk-rock gems like their breakout hit Salt and the tongue-in-cheek Cigarettes, Eliza & The Delusionals left a lasting impression that make me want to book tickets to their next headlining gig.

Closing the showcase was Ella Fence, who wouldn’t be deterred by the heat as she let loose on stage. With backing effects that created an artsy vibe and a dreamy voice that flows through your body, the songstress was an electric jolt to the system. Performing tracks like Cocaine and Hurricane, Ella’s music is best enjoyed live.

Overall, the BIGSOUND Gold Coast Show Case was a short and rocking set filled with talented and illuminating artists. If you ever find yourself in the Golden City make sure you add ‘attend a local show’ to your ‘must do’ list.