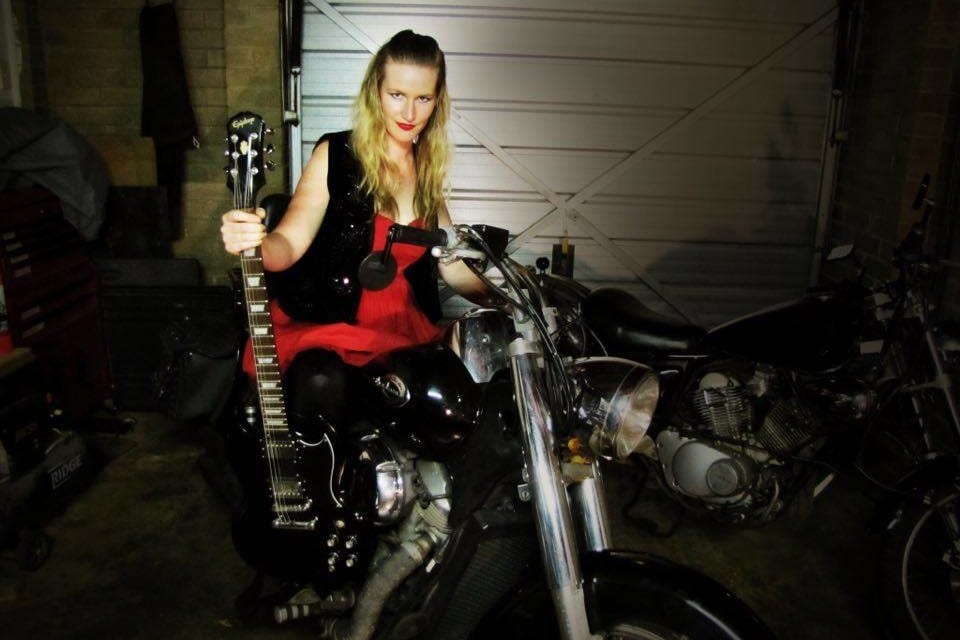 Sian Evans opened the night and was joined by her violinist, Gareth.  The duo captivated the crowd with well-crafted songs that incorporated percussion, folksy, countrified and mournfully eerie violin, percussive and melodic acoustic guitar, and vocals that switched from colourful alto tones to lilting falsettos.  This was the last of the launch shows for Sian’s latest film clip Cold Feet.

Up next was Olivia Ruth. With powerhouse vocals and acoustic guitar, her band delivered a fun, rock show that had the crowd moving along and in apparent awe of Olivia‘s vocal abilities.  Many jaws were agape and “wow” was overheard from the crowd on a few occasions throughout the set.  Stand out tracks included I Just Don’t Give A Shit and He Plays The Blues.

Main supports, Mudshadows, played their last show with their drummer Cait to an enthusiastic crowd.  A set of interesting songs and sounds were delivered with a touch of psychedelia and grunge.  Their vocals were characterful, unique and blended beautifully with drums that featured some great cymbal, tom and groove work. Strings wise the bass lines were full, heavy and groovy, the rhythm guitar was distorted and tasteful while the lead guitar wailed with psychedelic edge.  A brilliant set with standout tracks Caroline and the 2016 4ZZZ Hot 100 nominated Carpet Head.

Launching the debut album Dirty and Sweet, recorded at Endurance Studios, headliner Ellie Jane and her live band The Forces Of Destiny (featuring Byron Short), entertained the happy crowd with a set spanning the entire album.  This rock show included backing dancers, special guests and quieter moments with Ellie Jane delivering songs with Byron Short on acoustic guitar.  A stand out moment of this more intimate part of the show was the heartfelt and beautifully delivered Trailblazer that had the crowd noticeably mesmerised.  Another stand out moment was the riff heavy rock track Wolf @ My Window which showcased Ellie’s incredible voice, switching seamlessly from rough and gutsy rock vocals to a vibrato-laden wail.

This event was more than just an album launch, it was a celebration and a very entertaining one at that!

If you haven’t grabbed your copy of Ellie Jane’s debut album Dirty And Sweet, there’s still time to pop it under the Christmas tree! Listen to Dirty And Sweet HERE.