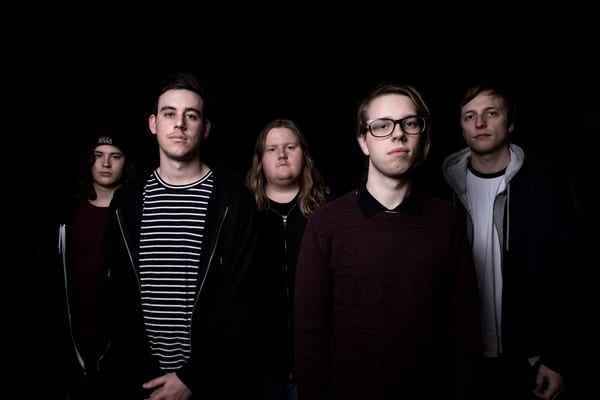 Soundwave may have fallen, but Brisbane metalcore greats Bayharbour proved that the heart of the local heavy music scene is still beating ferociously, when they unleashed their new single Find Solace at The Brightside on Saturday night.

Kicking off the night were Brisbane locals Kings, The Brave and Wildheart, and Adelaide natives Far West Battlefront. There may have been air-conditioning inside but the heat and energy radiating off the stage from each of these acts was enough to match the 80 per cent humidity heatwave that was sweeping the city outside. For a band playing their first show, Kings’ set was particularly tight, and The Brave were easily a standout act with their impressive vocals and use of musical pauses that would have kept the crowd on the edge of their seats if they hadn’t already been moshing.

After 11PM it was time for Bayharbour to blaze the stage. With Jay Sibthorpe’s soul searing vocals, driving bass and guitar lines, and frenetic drums, Bayharbour cemented themselves as one of Brisbane’s must-see metalcore outfits. Through all five songs they demonstrated that their recent line-up changes have strengthened their sound – each band member a brilliant fit for the role they’ve taken on. Playing to a packed room, it didn’t take much prompting to get people up the front and moving. While the lead singer may have joked about it, there was no denying that everyone in that room got their money’s worth!

Overall, Bayharbour’s single launch was phenomenal and unforgettable. This is a band whose live stage presence will leave your ears ringing for days!