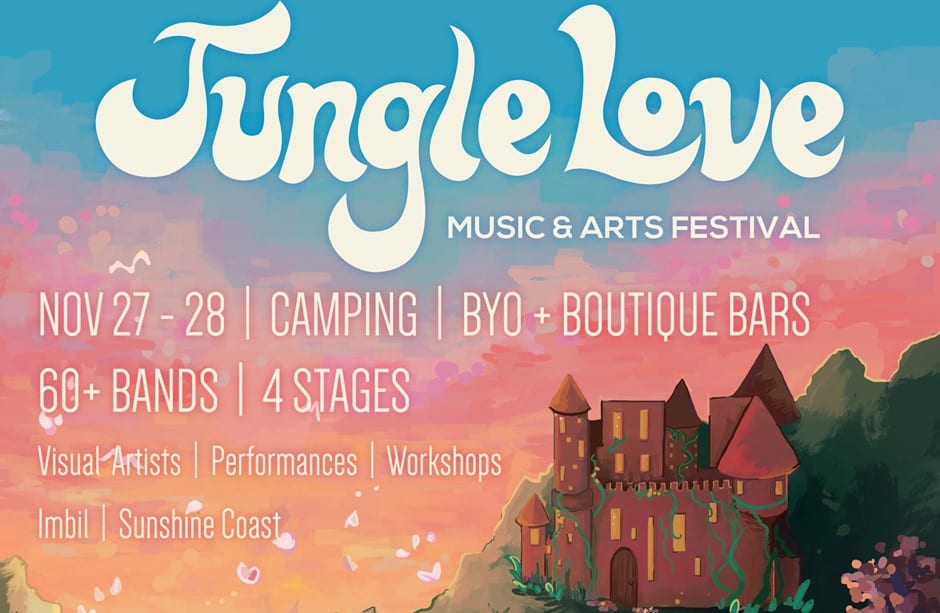 There’s something extremely cool about a festival that bucks trends. While many festival lineups feature the big acts of the moment, Jungle Love Festival chooses their artists based on who has the best music, not the most media attention.

Delivering their second lineup announcement this week, there are artists on the bill you’ll have heard of, and many you won’t have, and that’s the way it’s supposed to be.

Nearly half of the fourteen acts added are from Queensland including Baskervillain, The Brains Trust, and Mr Maps. They join already announced local acts The Belligerents, MKO and The Cairos, and interstate greats Rhythm Hunters and The Bombay Royale amongst others.

If you’re already excited about this divine lineup (admit it, you are) then it’s time to head over to Jungle Love’s pozible page and pick up a pledge ticket for the discount price of $115. With only 38 hours left and less than $5,000 to go before hitting the $40,000 target, these special first release tickets will be gone before you can say TGIF!

Read more about the festival here, grab a ticket and let Jungle Love Festival introduce you to local music you’ll fall in love with.