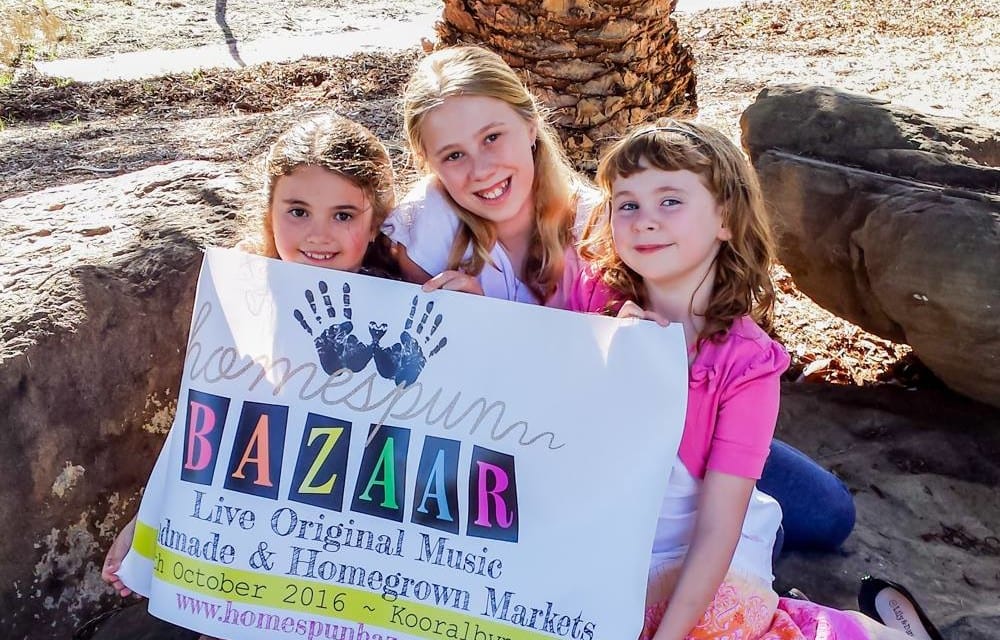 Five youths from the Kooralbyn community, where the festival is held, have been selected to aid the organising committee in the lead up to the event.

“Entertainment, stalls and programs are being organised from the feedback they’ve given so far, and they’ll have even more opportunities to share their ideas as the festival gets closer.”

The children, aged seven to fourteen, are also in charge of judging the colouring in competition which kicks off today. Competition entries will be displayed around Kooralbyn in the lead up to the festival on Saturday, 29 October.

Homespun Bazaar, as the Youth Ambassador program suggests, is a festival the whole family can enjoy. Running from 10AM to 10PM, the festival will showcase all things homemade and home-grown, with an array of market stalls to peruse and plenty of live music to tickle audience ears.

Artists on the Homespun line-up include Kold Creature, Dave Is A Spy, Byron Short & The Sunset Junkies and Bridget O’Shannessy – all of whom have already won the admiration of the festival’s youngest coordinators.

“Our Youth Ambassadors saw many of the bands at last year’s festival and they’re looking forward to seeing them again. They’re big fans!”

So if you’re keen for a fun weekend escape from the city, it’s time to grab your mates and start planning your road trip to Homespun Bazaar!

Keep an eye out for the final line-up announcement in the coming months!