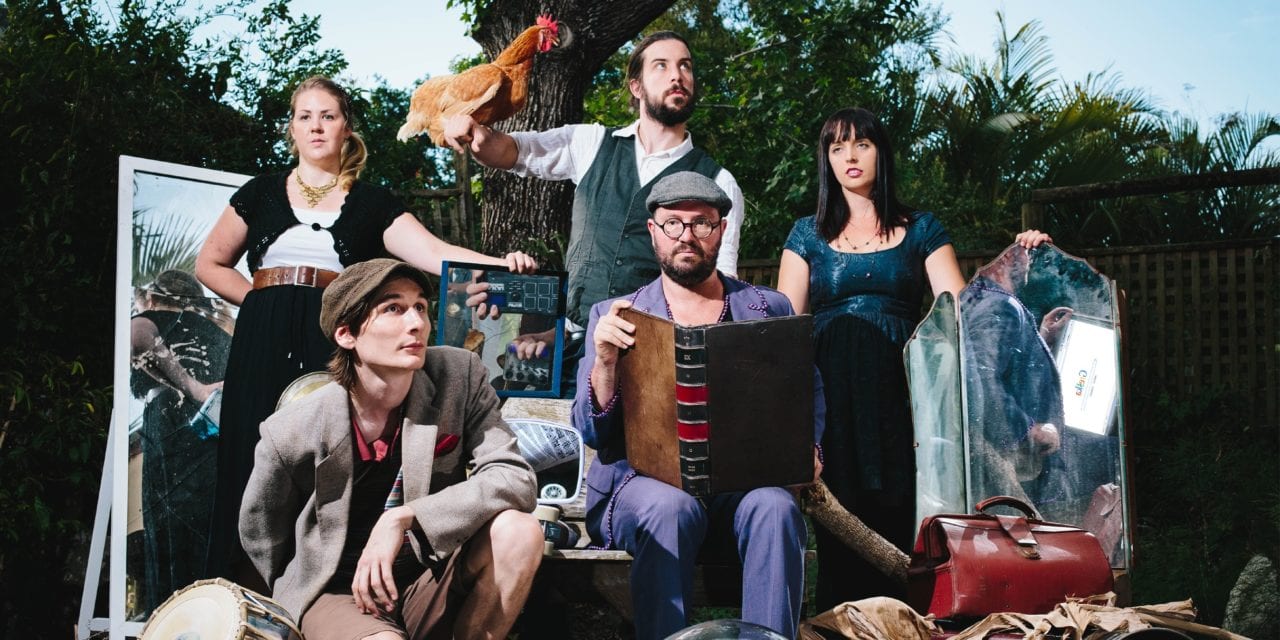 Brisbane band Greshka are a bit difficult to tie to a genre, and that’s exactly how they like it! Forming in 2008 after meeting each other on Gumtree, the band consists of a variety of musicians – from those who play “ole fashun klezmer and Balkan” to band leader Andre Bonetti’s self-described “white-boy-gypsy.”

Their sound has developed over time, in a way that Andre says is both authentic and novel at the same time.

“Our music is authentic in that the melodies, harmony and grooves adhere to Eastern Europe traditions.  On the other hand, due to my short attention span I’ll sometimes slap in a triphop breakdown for humours sake,” said Andre.

The band have spoken a lot about the idea of genres causing feuds in the world, and experiment themselves with a mix of genres to create their signature style.

“I feel like all genres are feuding in our society. Start getting to know a stranger and one of the more common questions is “what kind of music do you like?” meaning genre. That’s dumb though because every genre can be agreeable.”

With their M-O for blending genres harmoniously, we asked Greshka to give us the rundown on all the so-called “conflicting” genres they believe should unite.

Catch Greshka at the National Folk Festival from 13 – 17 April.