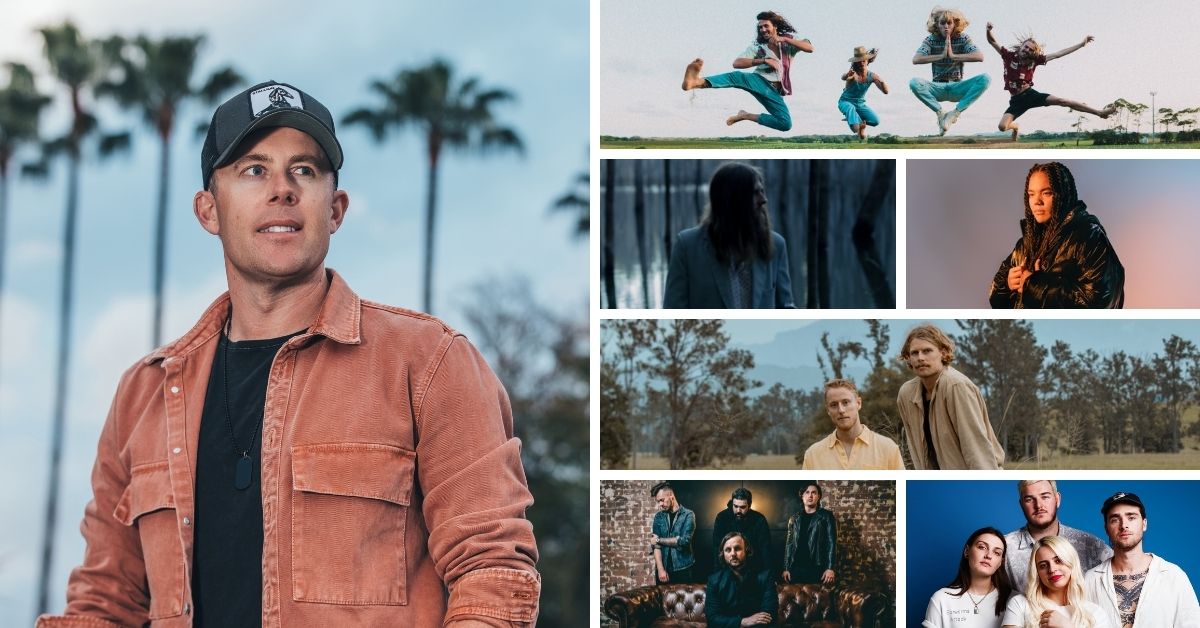 For a city with a population of just over half a million people, the Gold Coast sure pushes above it’s weight as a glorious, sun-drenched hub for the arts. Leading the charge is the local music scene, known for spawning international superstars like Sophie Monk and Amy Shark as well as being home to popular festivals and a slew of rising musical talents. At the forefront at this bustling community, is the Gold Coast Music Awards (GCMAs), which brings together and celebrates the achievements of local artists each year.

In honour of the seventh GCMAs, which takes place on Saturday, 4 September, we’re taking our hats off and giving a shout out to some of the city’s finest rising stars.

Meet the finalists of the GCMAs Artist Of The Year category, who are already making global waves… 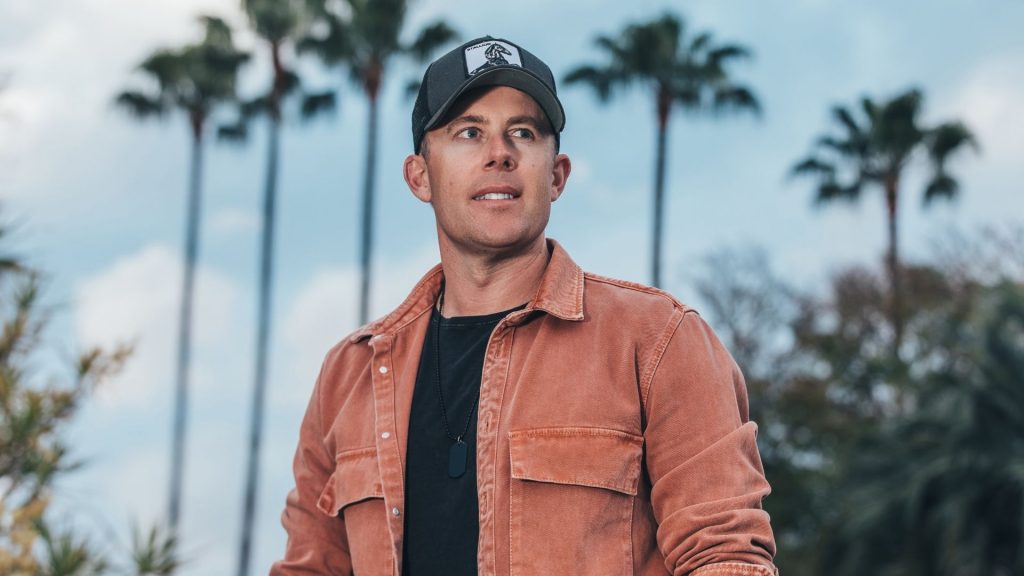 Australian country rock artist, Casey Barnes, is building up quite a reputation in the country music scene. The ARIA nominee and two-time Golden Guitar finalist has had an impressive two years, with his two albums debuting at #1 on the iTunes Country Album Chart, regular spins on country and commercial radio throughout Australia, new deals with Aussie music royalty, Michael Chugg, for management and a label deal with Chugg Music. With a huge Australian tour recently cancelled due to the pandemic, Barnes’ live show is an impressive spectacle, seeing him previously support Bryan Adams, Mariah Carey, Luke Bryan and Lady Antebellum. With more than seven million streams and a string of wins, including ‘Most Popular Male Artist, Album and Single’ in the Independent Country Music Australia, Artist Of The Year in the Gold Coast Music Awards, and becoming a finalist in the 2019 APRA Professional Development Awards, Barnes is firmly placed alongside some of Australia’s top artists.

ELIZA AND THE DELUSIONALS 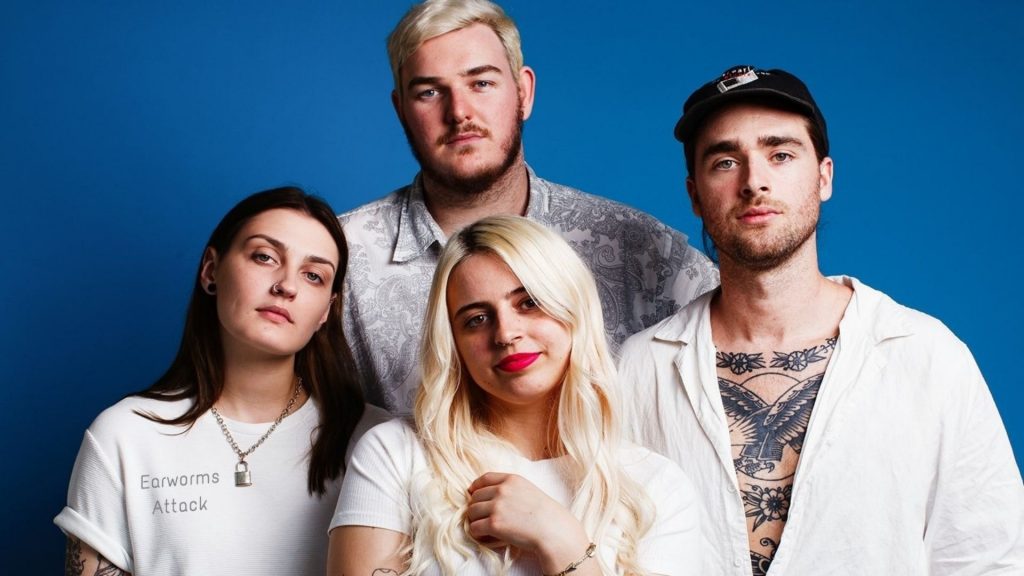 Fresh off the back of releasing their addictive single You and making their return to live stages with The Vanns, Eliza & The Delusionals return with more new music to satiate fans and newcomers alike. The band’s latest single, Save Me, comes wrapped up in the brand of ‘90s and early ‘00s nostalgia they have endeared themselves to audiences with, bringing it to life with esteemed songwriters and producers, Keith Harris (Black Eyed Peas, Madonna), Kon Kersting (Tones And I) and Leon Zervos (Troye Sivan, Holy Holy). 2020 brought Eliza & The Delusionals huge success, with the release of both Sentimental and breakthrough juggernaut Just Exist bringing the band to international acclaim. With Just Exist, the group broke into the North American market, touring with Silversun Pickups and racking up successes on US radio; reaching #47 on the Alternative Radio charts, #1 on the SiriusXM Alt Nation chart and accumulating nearly 5 million streams worldwide. 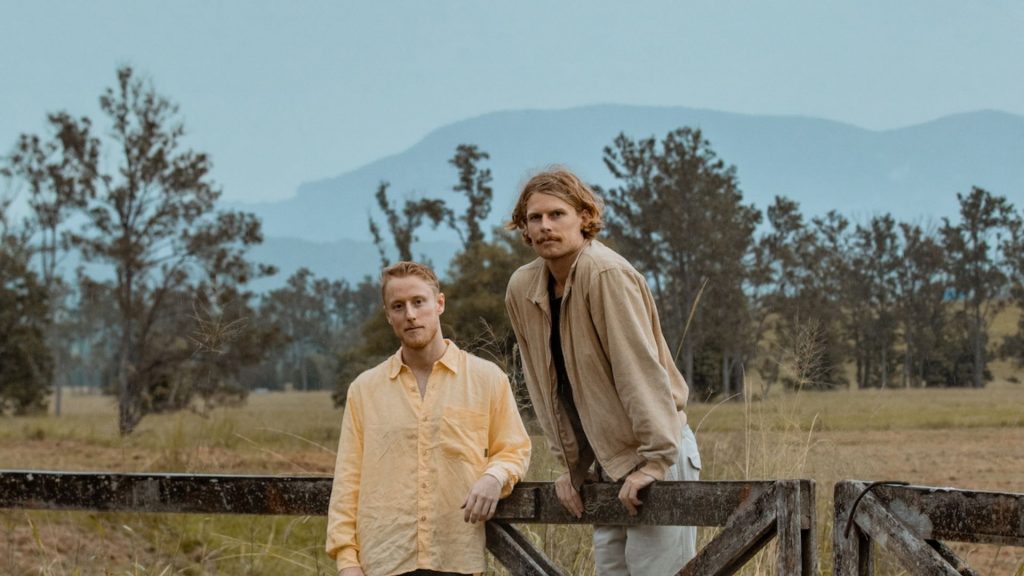 Affirmed by nearly 200 million total streams for their 2017 debut EP Wanderlust, Hollow Coves have gained a cult following for their eloquent, engaging and entrancing take on indie-folk. After forming in 2014, the Gold Coast duo – Ryan Henderson and Matt Carins – released their several EP’s, before leaving their day-jobs to tour internationally in USA, UK And Europe, launching their debut album Moments in 2020. Evoking comparisons to everyone from Simon & Garfunkel to Ben Howard, Angus and Julia Stone, and even Coldplay, Hollow Coves have quietly emerged as a phenomenon. The two singles, Coastline and Home, surpassed 30 million streams each on Spotify, and their song The Woods, both the original and acoustic versions, collectively gathered over 40 million streams. 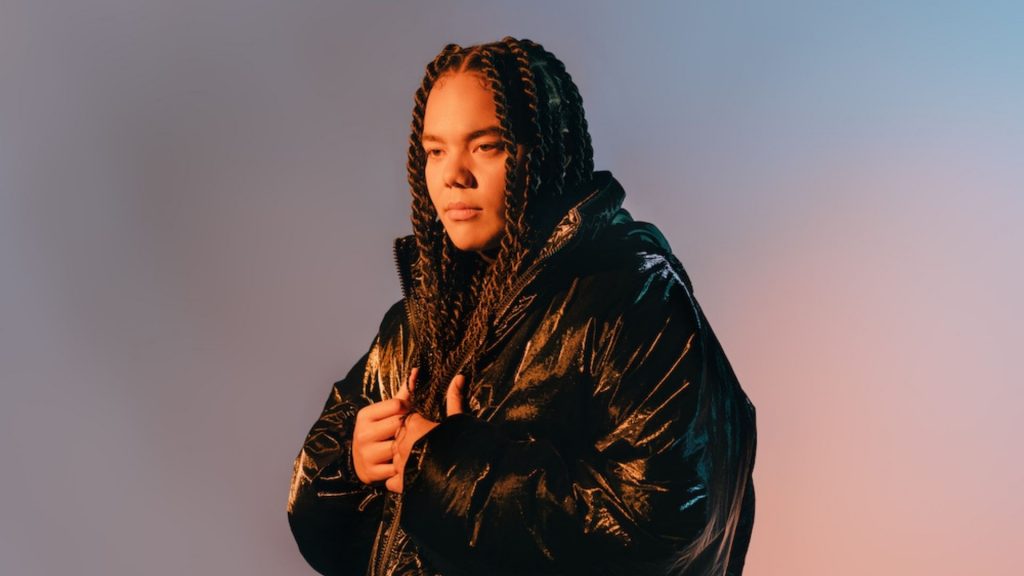 A proud Fijian woman, Jesswar’s ruthless refusal of prescribed definitions is the foundation on which she builds her universe. Deeply inspired by her chosen community and her experiences she uses music as the vessel to tell her story. Her pride reflects on her resilience and resourcefulness and defends the notions of holistic interdependency and kinship. Receiving praise from heavyweights such as Ebro Darden and Travis Mills, she has performed at the likes of Laneway and Splendour in the Grass and collaborated with DZ Deathrays, Tasha the Amazon and Briggs. The first member of her family to attend University, Jess is a peer support worker and runs music workshops for young people in the outer suburbs of Meanjin. 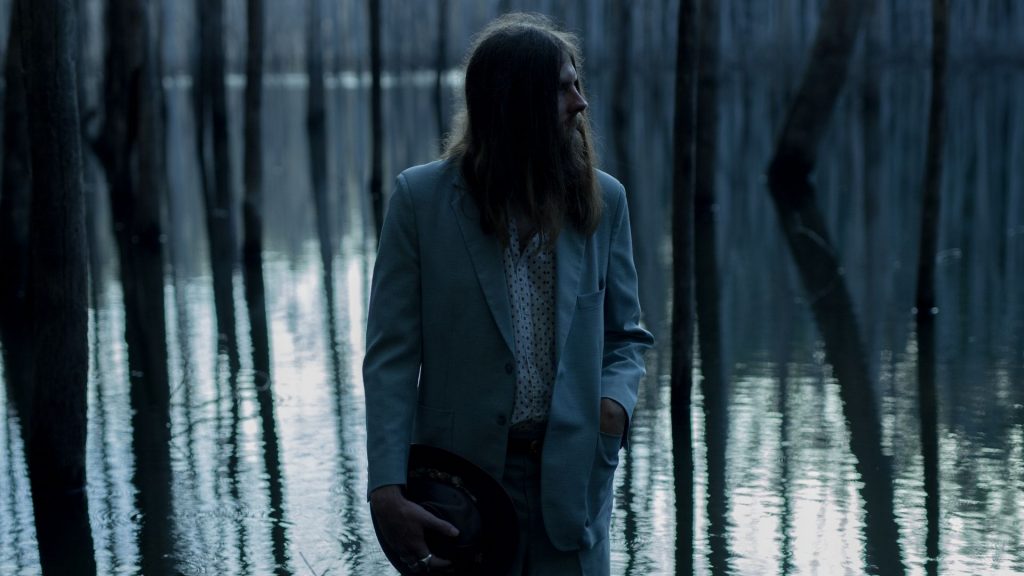 Wearing his heart on his sleeve creating musical pieces that are vulnerable and transcendent, Karl S. Williams’ genre-defying blend of blues, roots, folk and Americana has earned him praise from outlets like The Courier Mail, The Guardian and Bluesfest Director Peter Noble himself. A talented singer, songwriter, multi-instrumentalist, visual artist and poet, he’s played at many renowned festivals, including Bluesfest and Woodford Folk Festival. His songs are a distillation of life, love and the human condition. Delivered with powerful conviction that takes your breath away, a Karl S. Williams performance is frequently referred to as a visceral and ‘spiritual experience’, leaving an audience slightly altered in the best way possible. 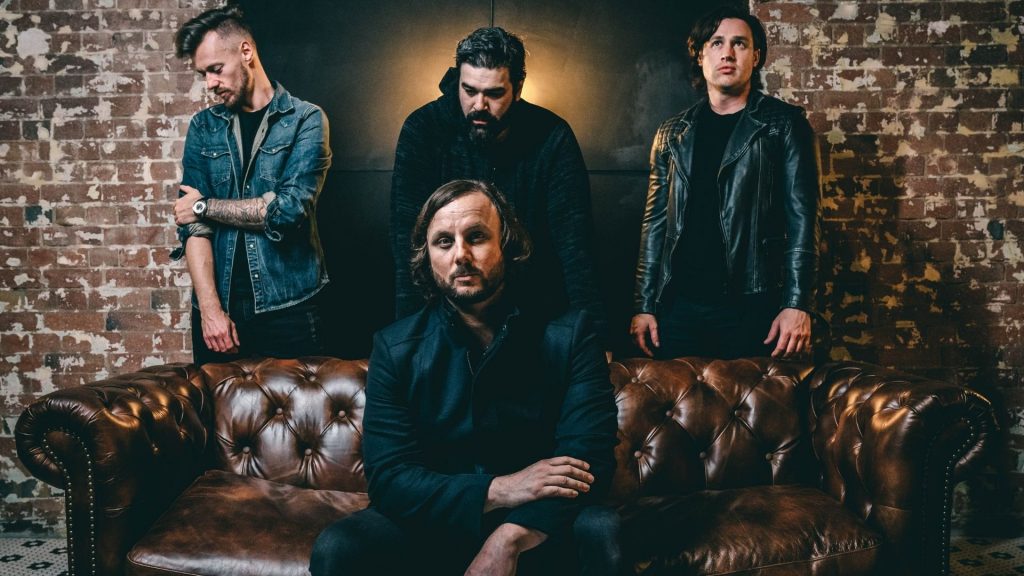 Mass Sky Raid have had a big year, announcing a show at Brisbane’s Progfest, and securing major international support slots with TRAPT (USA) in February. The Gold Coast alt-rock outfit released their debut EP Courage Under Fire in 2013. With rave reviews, including rock bible Blunt Magazine giving their album a 4.5 star rating, Mass Sky Raid quickly secured support slots with Dead Letter Circus, Twelve Foot Ninja, and I Am Giant (UK). With ongoing support from radio stations including Triple M, 4ZZZ and 2FBi, and over 40 other stations worldwide, including BBC1 & BBC6 in London, their debut album Science of Fiction was highly anticipated. With their recent singles receiving significant airplay, Mass Sky Raid are one rock band to watch. 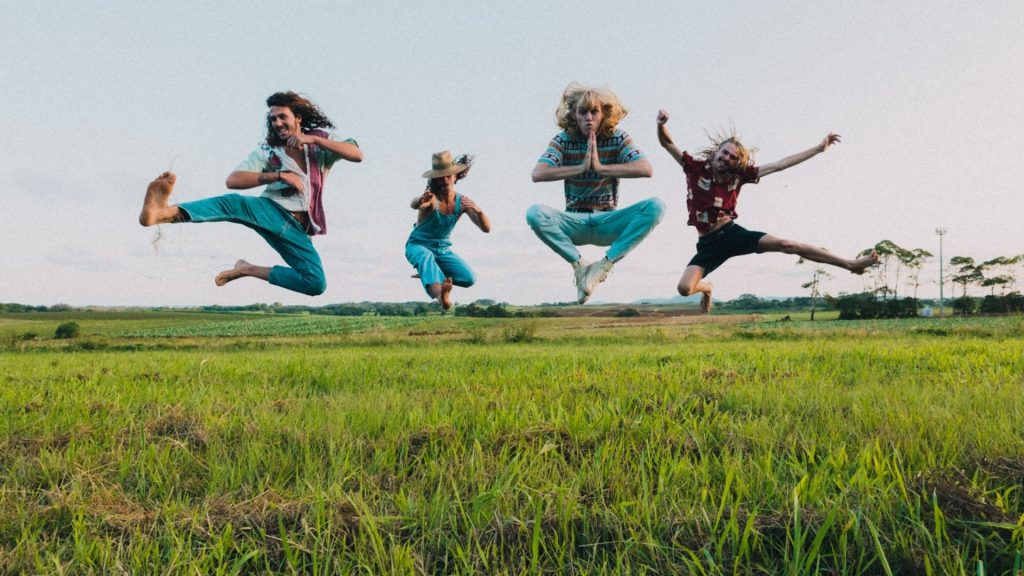 After forming in High School, this four-piece has captivated music lovers with their psychedelic tunes that serve us a range of different flavours of rock, with a fusion of psych surf-pop vibes. After an intense build up that gained the attention of the industry at a national level, Peach Fur released their E.P’s Pleasures and Necessities (2015), Doreen Drive (2018) and their latest Awake (2020). Reaching over 8 million streams, Triple J airplay and more than 65K listeners worldwide, Peach Fur have continued to rise.

A ray of light in the current fog that is covid-19, the Gold Coast Music Awards (GCMAs) is celebrating 50 finalists across nine categories, heralding the event’s seventh year of celebrating the city’s creative gold. Rain, hail, or covid-19 peril, the GCMAs will take place on Saturday, 4 September in person and online (live stream HERE from 1PM). RSVP and get ready to cheer like crazy baby!

For the complete low-down on who’s up for a GCMA this year, read our finalists announcement here.

Music Is My Muse is a proud media sponsor of Gold Coast Music Awards 2021.