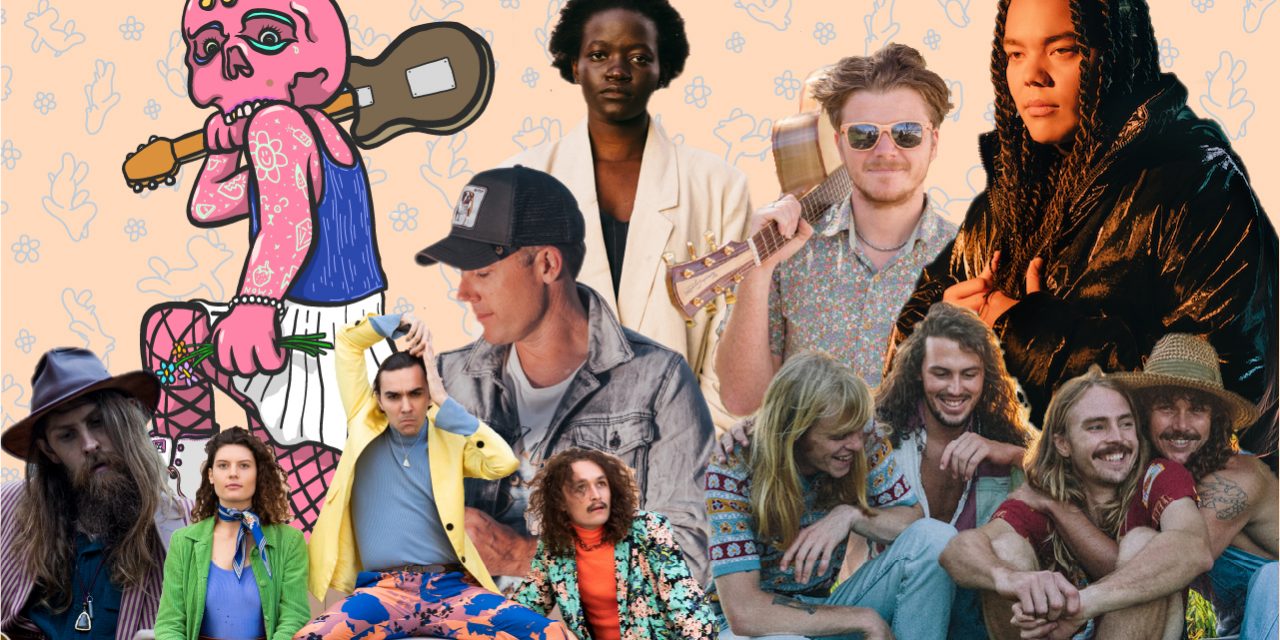 Following a tumultuous 18 months of living in a covid-19 fog, the Gold Coast Music Awards (GCMAs) bringing together 500 musicians, music industry personnel and fans to celebrate the achievements of the local music community at Gold Coast’s Home Of The Arts (HOTA) theatre on Saturday 4 September, was a remarkable and much needed ray of hope for many.

Musician Of The Year Scott French put it perfectly when, as the first award recipient of the day, he stated in his acceptance speech that the awards weren’t about winning, but “being together as a community,” – a sentiment that sums up the ethos of the GCMAs and the Gold Coast music scene.

“We’re still overwhelmed that the Awards actually happened. It was devastating when our presenting partner, SPRINGTIME Festival, had to postpone, but to have 500 musicians and music lovers in the room was magic,” said GCMA director, Chloe Popa.

“With incredible performances by Beckah Amani, Karl S. Williams, DENNIS., Massy Sky Raid and daste, we feel like today summed up what we know and love about this city: unwavering support, a rich arts scene, musical hits and a touch of glitz.”

At the top of the tally board with two Skull Murphy trophies, was first time nominee Beckah Amani, whose smooth vocals and honest conversation about racism in Triple J endorsed single, Standards, earned her Song Of The Year, while the track’s clip also took out Video Of The Year.

“Standards is my most vulnerable work. Turning this reflective poem into a song and releasing it was both liberating and important for me and my people, and the recognition today is super encouraging as an emerging artist,” said Amani.

Australian/Fijian hip hop artist, Jesswar, won the impressive Breakout Artist Of The Year nod after a busy year of releases and tours; while ARIA chart topping country music star, Casey Barnes, took out the top gong, defending his Artist Of The Year title despite impressive competition from the city’s many international exports.

“The last two years have been pretty tough but we’ve also worked harder than ever as a team, so it’s nice to have that recognised and to get together as an industry and celebrate. Amy, I’m coming for you!” Barnes joked, referring to Amy Shark’s Hall Of Fame status after her three consecutive Artist Of The Year wins.

Psychedelic surf-rockers, Peach Fur, were crowed Live Act Of The Year while transcendent and soulful blues record, Lifeblood, by Karl S. Williams took out Release Of The Year, with cool community hub, Mo’s Desert Clubhouse dubbed Venue Of The Year.

An uplifting celebration that doubled as a beacon of light for the future of local music, the GCMAs 2021 was a Golden Day all round.

Share in the glory and feel inspired by watching the replay of the Gold Coast Music Awards ceremony HERE.

Music Is My Muse is a proud media sponsor of the Gold Coast Music Awards 2021.