Get A Little Pyre & Ice In Your Life 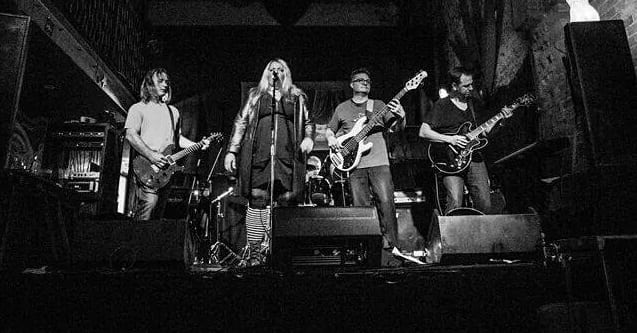 With head-banging, fist-pumping anthems that cover themes of love, twisted emotions, betrayal and lust, Brisbane rockers Pyre & Ice will have you kissing 2015 goodbye and ready to set 2016 on fire.

Their latest single, appropriately titled Kissa My, is the perfect tune to kick-start your New Year. Inspired by a bad break-up, Kissa My is all about pulling yourself together and sticking it to the haters.

“The song is about telling people to kiss your arse and moving on. I hope listeners take away to not put up with people’s crap and know that they deserve better,” said lead singer Teri Abbott.

Releasing Kissa My and the accompanying music video (below) have been two of the band’s biggest highlights to date, and Teri says there’s still plenty more to come.

“We have been talking to our producer and video director about recording a single to release in the first few months of 2016. We’re also hoping to get some funding to tour further abroad but for now we’ll continue to tour locally.”

“As for our New Year’s Resolutions, we want to play great shows, write more songs and play more festivals!”

So, get a little Pyre & Ice in your life to start 2016 with a rocking attitude and some kick-arse tunes.