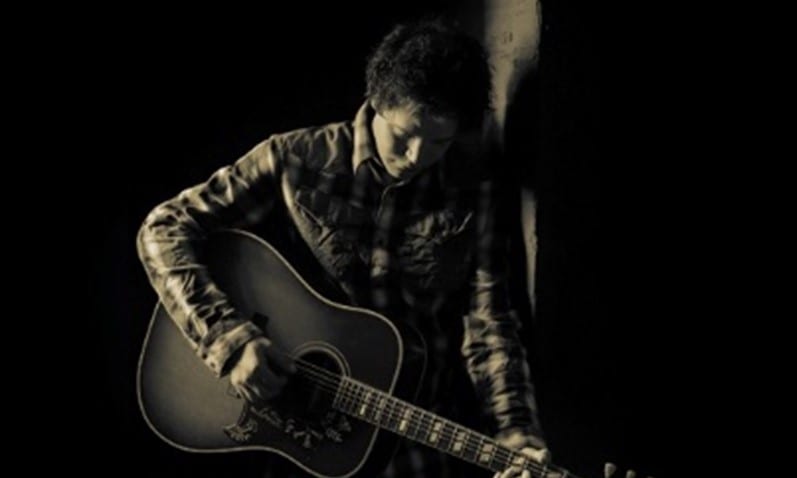 Hand-picked to support international superstar Anastacia on every leg of her Australian tour earlier this year, Jason Ayres is one tough opening act to follow. With only his guitar for accompaniment, Ayres treated Anastacia fans to a heartfelt and energetic performance, leaving a trail of admiration in his wake. Never has an audience walked out of a concert so glad of their decision to arrive early.

Ayres, who has previously toured with other well-known international acts, says what separated Anastacia from the rest was the way she welcomed him on tour.

“The first time I met her she was busy sound checking with her band, and I was side of stage watching,” he said.

“Once she noticed me, and realised who I was, she stopped what she was doing, came over and hugged and kissed me and welcomed me on to the tour. From then on, I was part of the family.”

With a whirlwind travel and performance schedule, Ayres says it was great to spend weeks watching, learning and chatting with the best in the business. He even managed to tick off an item on his bucket list during the tour in Melbourne.

“When I first toured Melbourne many years ago, I played in dumps, and just awful venues to pretty much no-one. But I saw the Palais Theatre and dreamed of one day playing there.”

“On the Anastacia tour I got to do just that, and when Anastacia found out that it was my bucket list venue she joined me for a picture on stage to celebrate.”

After playing to thousands of people on Anastacia’s Resurrection tour, Ayres is now gearing up for his Flying Solo show which will see him play intimate gigs in Australia’s capital cities this July and August.

“I’ve learned that what I love most about touring is the interaction with the audience. So, I wanted to make this tour as up close and personal as possible. Like a lounge room feel, where we can engage and have a great night together.”

If you enjoy acoustic tunes, love to hear stories behind the songs and want a great night out be sure to grab tickets – you’ll be glad you did!