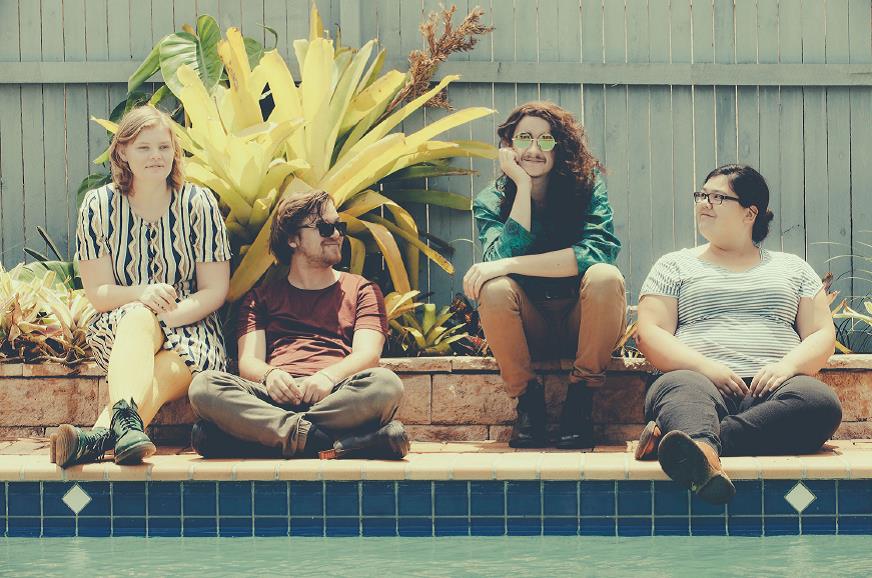 Since forming last year, Brisbane indie-rockers Sunhaus have been busy honing their performance skills and writing their debut EP.

Soon they’ll be heading into the studio to record three new singles, all of which are love songs.

“The songs we’re about to record are a little happy and a little not. They’re love songs flavoured with memorable melodies, anthemic choruses, and harmonies that will knock your Bonds socks off,” said lead vocalist and guitarist Aidan Geraghty.

Crucial to their direction has been the input of their mentor – a therapist they all saw individually before beginning group sessions together.

“She helped us abolish certain personal aspects that were holding us back, and from those sessions we developed this unstoppable attitude for professionalism. In fact, at one stage we were going to name ourselves ‘The Sessions’ as a nod to her work, but someone else already had the name,” said drummer Adela Lau.

Sunhaus are also working with BTM Management, and will be playing the BTM Management February Showcase at The New Globe Theatre next week. Despite the usual challenges up-and-coming bands face, Aidan says their experience of the local music scene has been positive so far.

“Obviously the live music scene is struggling due to the closing of venues, but I doubt the camaraderie that local bands share will ever allow that to crush them. As a band, we haven’t faced too many challenges yet,” he said.

Sunhaus have their sights set on releasing their EP this year, achieving airplay on 4ZZZ and filling support slots for bigger indie acts.

Stay up-to-date with Sunhaus on Facebook, and catch them at BTM Management’s February Showcase on Friday, 26 February at The New Globe Theatre. Doors open 6PM. Tickets $10.