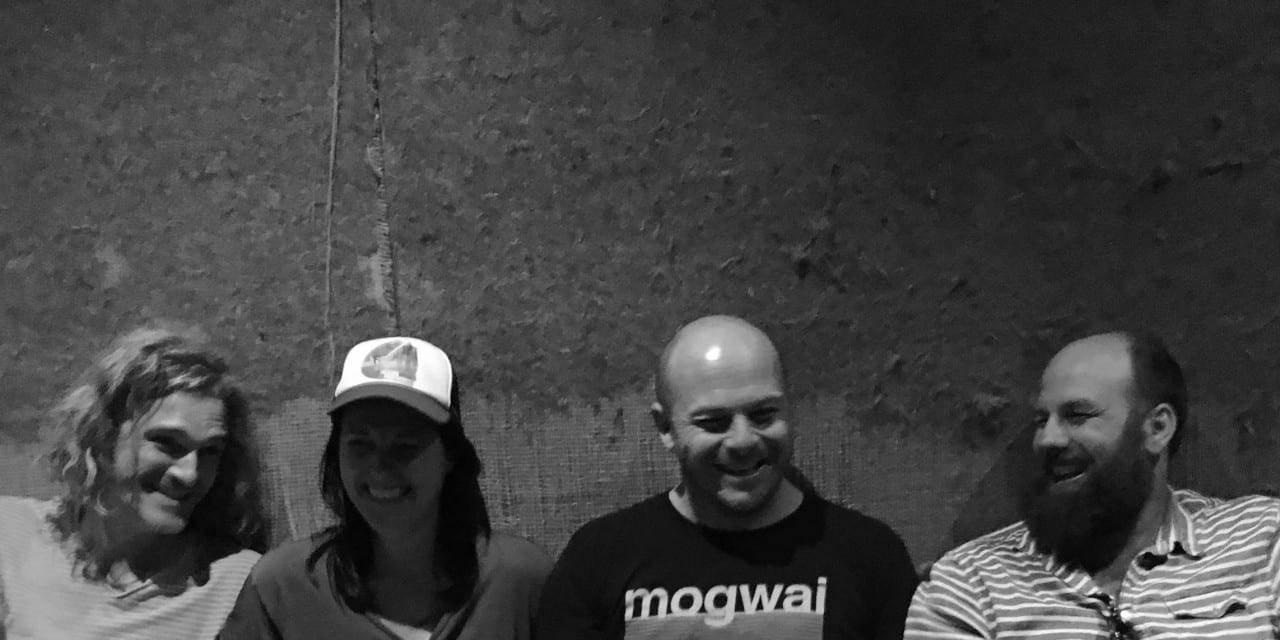 Born from regular Sunday jam sessions between friends, The Scarves have taken their music from the backyard to the studio to record their debut album Is Wonder Wisdom. Working at Lush Studios in Redcliffe, the album will be self-produced and is likely to be released this Spring.

While they try not to rely too heavily on their musical influences, lead vocalist and guitarist Dan says The Velvet Underground are one of their current muses. They’ve already shared two groovy tracks – Take Me Anywhere and Talk & Erase – which they’ve been told err on the side of melancholy.

“Our first two songs are quite different from one another. Take Me Anywhere is a song about dreams both tortured and idyllic, and wanting to escape to your happy place. Talk & Erase on the other hand, is a bit more of a lament,” said Dan.

The four-piece are keen to finish their first record and get amongst the local music scene in 2016.

Keep warm with the cosy sounds of The Scarves this winter on their website and Facebook page.