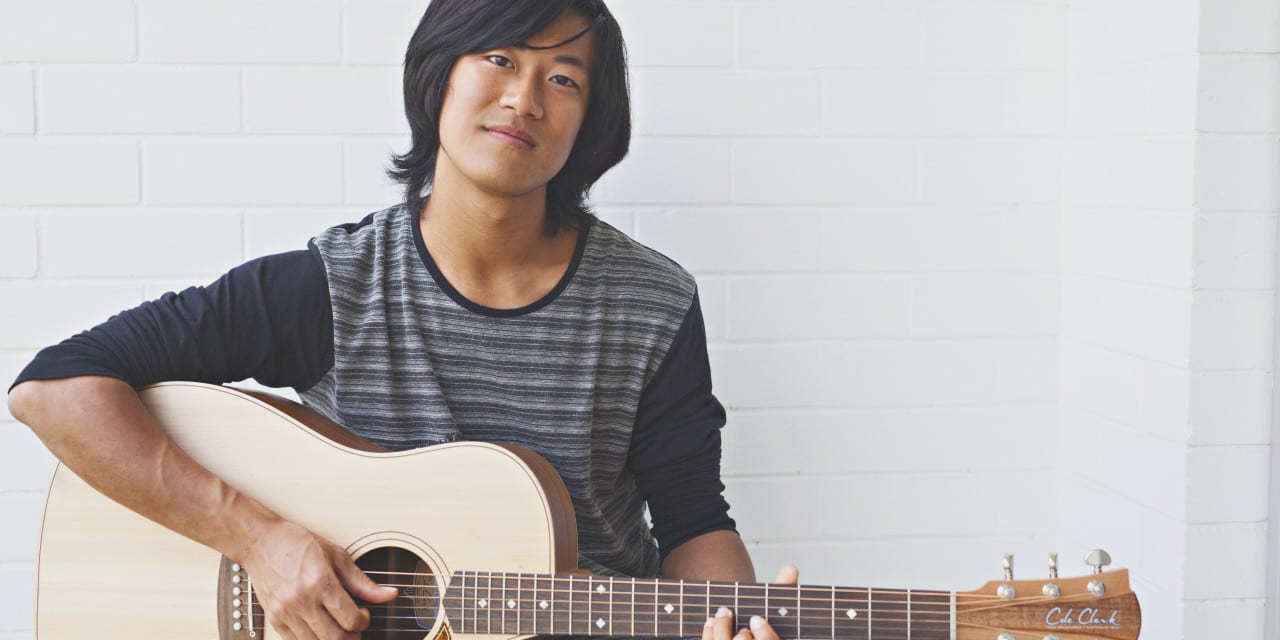 Growing up on a CD and cassette collection that ranged from Phil Collins to Beethoven to Taiwanese pop, Brisbane folk-pop troubadour Quentin Chen had a diverse introduction to the world of music.

Beginning lessons in classical piano at the age of six, Quentin says music is something he was fortunate enough fall into. Over the years he’s honed his craft further, taking up guitar, singing and viola whilst also broadening his musical palette.

Having played covers at markets over the past two years, Quentin’s now focused on writing and playing original music. He recently released his debut single Mountains – a sonic story that charts the struggles of being in a long-distance relationship.

“Mountains started as a jam on the piano that I turned into a story. It’s about a girl who decides to leave her boyfriend behind to travel somewhere far away. At first he’s really sad and longs for her, then comes to terms with it and wishes her well, but he always keeps her in his memories,” he said.

The song also has a deeper meaning, touching on the idea that words and images don’t mean anything when you’re far apart, and that being in each other’s presence is what really counts.

“It feels amazing to finally have Mountains released and the response to the song has been really positive so far. Some people have mentioned it’s inspired feelings and emotions in them, which is want I’ve always wanted my music to do.”

“I think in today’s industry, reaching out and connecting with people in a meaningful way can be hard, especially since people seem more connected to their devices than to one another. Real life interactions are where the magic is, so I’m looking forward to playing more live shows in the future.”

Musically, Quentin combines pop, hip hop, folk, alternative and classical influences and draws lyrical inspiration from his relationships with other people. He’s currently working on his second single, which will be out in the next few months. With more folk and guitar-based stylings, the new track will be a departure from Mountains.

“I really want to show people more of my versatility as an artist. Things are starting to move faster now, and I’m excited to see what the future holds!”

Listen to Quentin’s captivating and soothing debut single Mountains (below) and follow him on Facebook to stay up-to-date with the latest news!