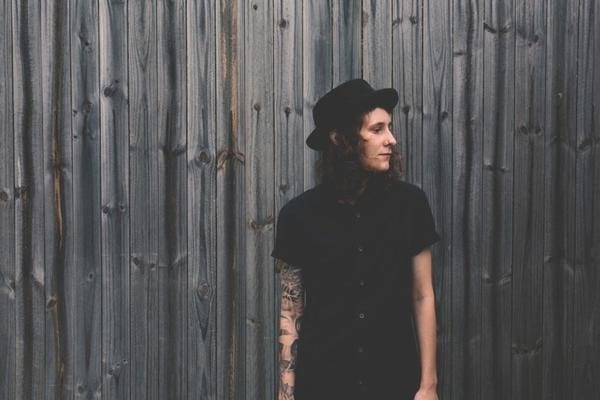 Angie Farr was sitting on a train in Scotland last year, reflecting on the mundanity of life when she had an epiphany – working in an office on auto-pilot was far from what she wanted, so she decided that when she returned to Australia she was going to record an EP.

Fast forward to 2016, and she’s made progress towards this goal in leaps and bounds, releasing her debut single Ghost under the moniker ‘Old Sault’ just last week. A plea from a lonely bedroom, Ghost is awash with contemplation and vulnerability.

“Ghost was inspired by the anxiety that comes with yearning for things you cannot have, the realisation that it might be driving you nuts, and the displeasure of being a person who finds it hard to share their feelings,” Angie said.

These sentiments are reflected in the song’s music video – a heartbreaking and poignant piece featuring a rabbit, a victim and his bullies.

“I wanted the video to be open to interpretation, so I chose to convey my message metaphorically. The children to me represent vulnerability and naivety and the rabbit represents a creative voice.”

Angie’s arrival on the music scene certainly hasn’t gone unnoticed, with Ghost already tickling the fancy of tastemakers at Triple J, which she says was a bit of a WTF moment.

“I had no idea anyone would even listen to the song from start to finish, then my friend called me one morning and told me I was playing on breakfast radio and I basically had a stroke.”

She’s already planning the release of her follow-up single Sail Home which is all about embarking on a journey with nothing but your mind to get you to your destination. A fitting theme for a determined artist whose journey is just beginning.

Throughout the rest of 2016, Angie is looking forward to releasing her debut EP – a collection of songs that express experiences she’s had over the past four years. She’d also like to find a band and play plenty of shows, begin writing her first album and get a Fisherman’s Friend endorsement.

“If Fisherman’s Friend doesn’t work out, I will try Lipton and maybe they will send me some free tea.”

Watch the Ghost music video and keep your eyes and ears peeled to the Old Sault Facebook page. This is one Gold Coast songstress you’ll want to follow!