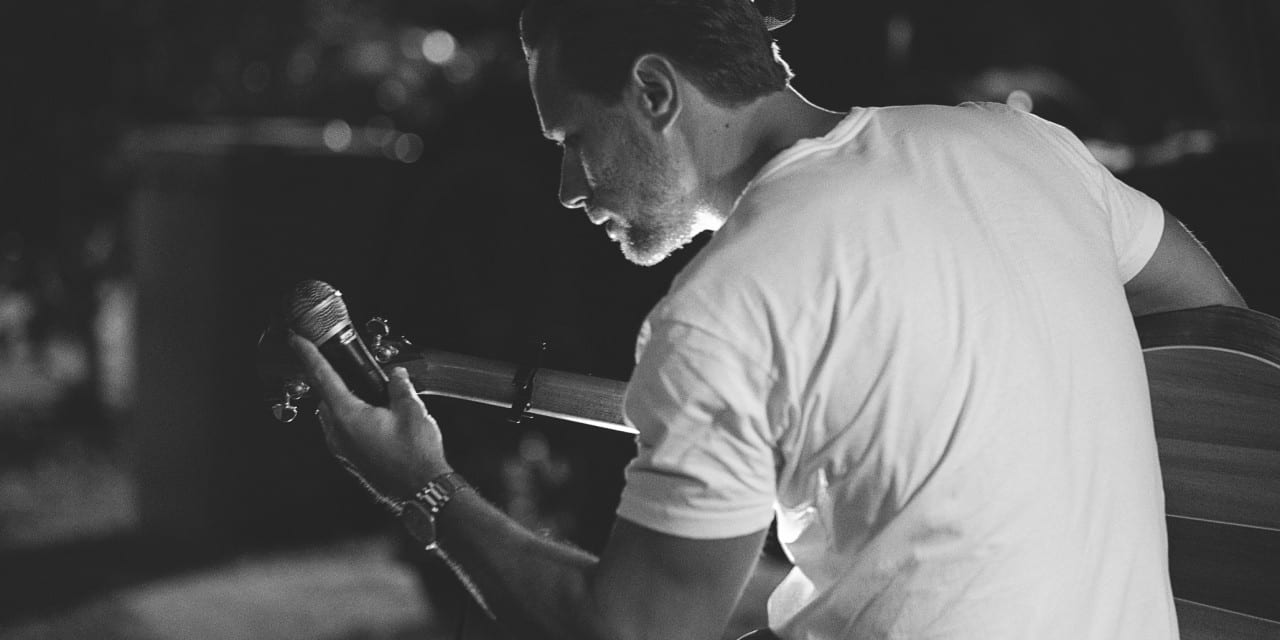 Watching Use Your Illusion 2 – Live in Tokyo repeatedly on VHS until the tape burnt through, was what first inspired Mick Danby to pursue music. Now after 17 years of successfully playing in multiple bands, he’s launching his solo career, with his debut album Portico due out later this year.

While Mick admits he’ll miss the comradery of being in a band, he says being a solo artist has helped him to form deeper connections with his audience, which for him, is what music is all about.

“When you’re a solo artist, people tend to be there to listen to your lyrics and learn something about you as a person. I’ve formed stronger bonds with people and learnt a little more about myself each time,” he said.

Inspired by a plethora of life experiences, Mick’s debut album Portico (which means ‘doorways’) is all about embracing opportunity, travel, good friends and good vibes.

“The beauty of this album is it’s a bunch of stories that encompass many life issues – new found love, break-ups, make-ups, emotions, depression, finding peace and everything in between. I hope the songs speak to people and even help them with their own relationships or life hurdles.”

“Basically, I want to show people that life is for living, not for being negative or unhappy. We need to believe in ourselves, focus on the positives and cast out everything that is negative in order to carve out success.”

Recorded with the help of Kevin Brown at a home studio on Brisbane’s Northside, fans can expect to hear some high-energy tunes and a few heart-felt ballads when Portico drops later this year.

“I look at this album like a book shelf. Pick a story and start to read it. Each song has a hidden meaning and hopefully a good quote to live by.”

“If I can get the message of hope and persistence across to even just a few people then I will be over the moon.”

For a dose of positivity distilled in heart-warming, acoustic tunes, make sure you check out Mick’s music here.