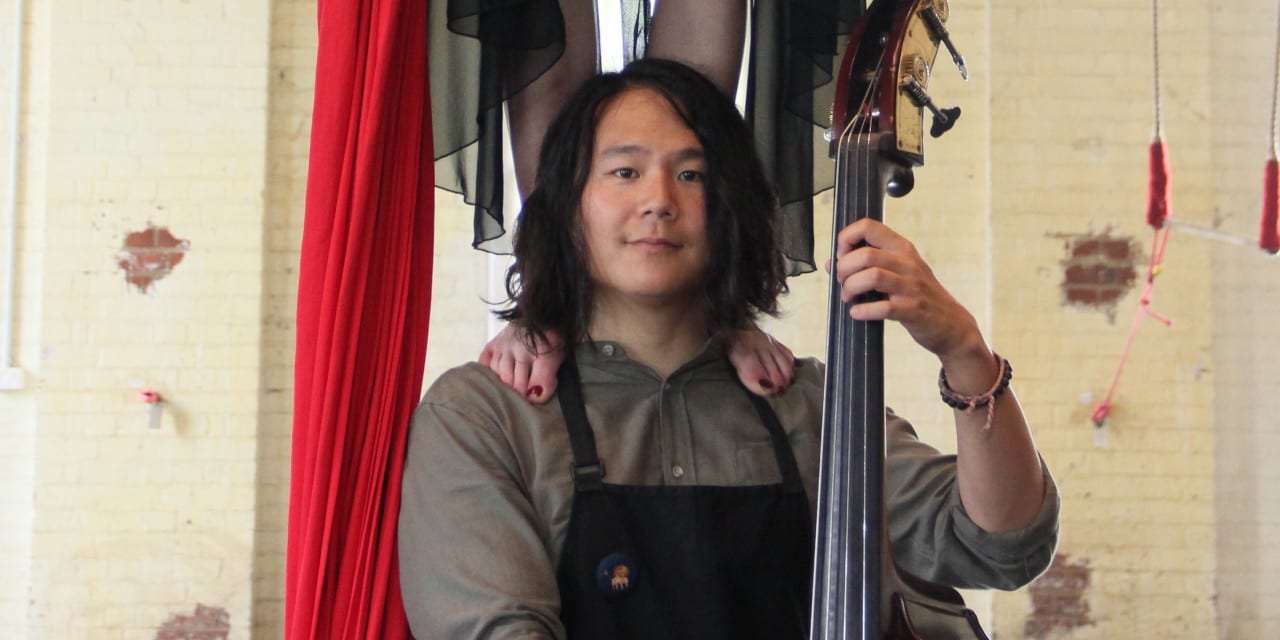 Following years of creating, performing, laughing and travelling with Brisbane ska-punk loves The Mouldy Lovers, Matt Hsu is rounding up as many instruments as he can for his new one-man band.

Growing up listening to his father’s jazz collection, Asian pop and the soundtracks of Studio Ghibli and Beat Takeshi films, Matt says he gained a deep respect for the ability to create mood and a sense of place with just with a few layers of sound.

Now after playing music in multiple acts, Matt is challenging himself to create his own blend of music as a solo artist.

“This solo project allows me to express the tastes, feelings, intensities and textures from every musical experience I’ve had in my life. The most immediate thing is that I play every sound you hear – every sound is either plucked, bowed, hit, blown, tapped, shaken, poured or field recorded by me,” he said.

Matt’s debut single Mycelium, which was released last month, is the first taste of his prowess as a one-man-show. It’s a song, he says, that explores the intrigue of the natural world.

“Mycelium is a tribute to the hidden intelligence and brilliance of forests and the natural world. I wrote it in three movements, the first section conveys the eerie, otherworldliness of forest floors brimming with possibility, the second section follows in dogged, sturdy ferocity of trees, and the third section was a happy accidental meeting of horns.”

With the help of local acrobat Ellen Grow, Matt brings this idea to life in the Mycelium music video, using the human body as a metaphor.

“Using the human body I wanted to convey the inherent and immense potential hidden in the natural world. We’re able to tap into the potential of the body by training it, stretching it, honing it – bringing it to its peak.”

“As a circus performer, Ellen not only embodies that but she shows it in this lyrically beautiful way. In the video her limbs stand as a metaphor for branches, leaves and roots; swaying, reaching, growing, standing firm and dynamic at the same time.”

While Matt flies the DIY flag high, Mycelium is his first attempt at producing a completely polished product on par with a symphonic delight.

In 2017, Matt will be ramping up his efforts, collaborating with the likes of Japanese loop genius Kenta Hayashi, Andre Bonetti from Greshka, and Laneous from Laneous and the Family Yah. He’ll also be heading on tour across Australia and New Zealand with The Mouldy Lovers.

For now though, you can enjoy the delights of Matt’s one-man-show by watching his Mycelium music video (below) and catching him at DIY Festival on 27 November.