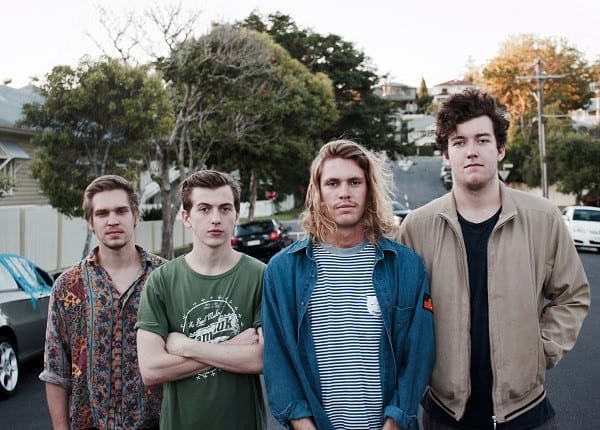 It’s been a formative twelve months for Brisbane surf-pop rockers Mary Handsome. Fresh from releasing their debut EP, which received praise from the likes of Triple J, the band are back massaging ears with their latest single No Hot No More.

Although their sound remains relatively the same, lead singer and guitarist Reid Cooper says No Hot No More speaks to their development as a band.

“No Hot No More draws on the fact that we’re coming into our own as artists and not being afraid to express ourselves in whatever way we feel is right. It was definitely a track where the structure just came out through a jam and we were like ‘cool, that’s what we want,’” he said.

Fittingly, the song is all about embracing change, which is what the band will be doing as they look to take further steps forward in their career.

“I think change is definitely affecting us all. The average age of the band is around 21 so we’re all still young and finding ourselves. As a group though, our direction is becoming more and more clear.”

After dropping their music video for No Hot No More this week, Mary Handsome are keen to continue working on their music and refining their live show. Fans can catch them at one of their upcoming shows, which includes their No Hot No More Single Launch at The Brightside (Brisbane) on 2 July.

”These will be our first shows with our new drummer Lewis, so I think fans can expect more energy and an overall freshness from the band. They’ll be some weird antics, and LOTS of new tunes!”

Watch No Hot No More and keep your eyes and ears open for new tunes from Mary Handsome over the next few months!

NO HOT NO MORE – MARY HANDSOME