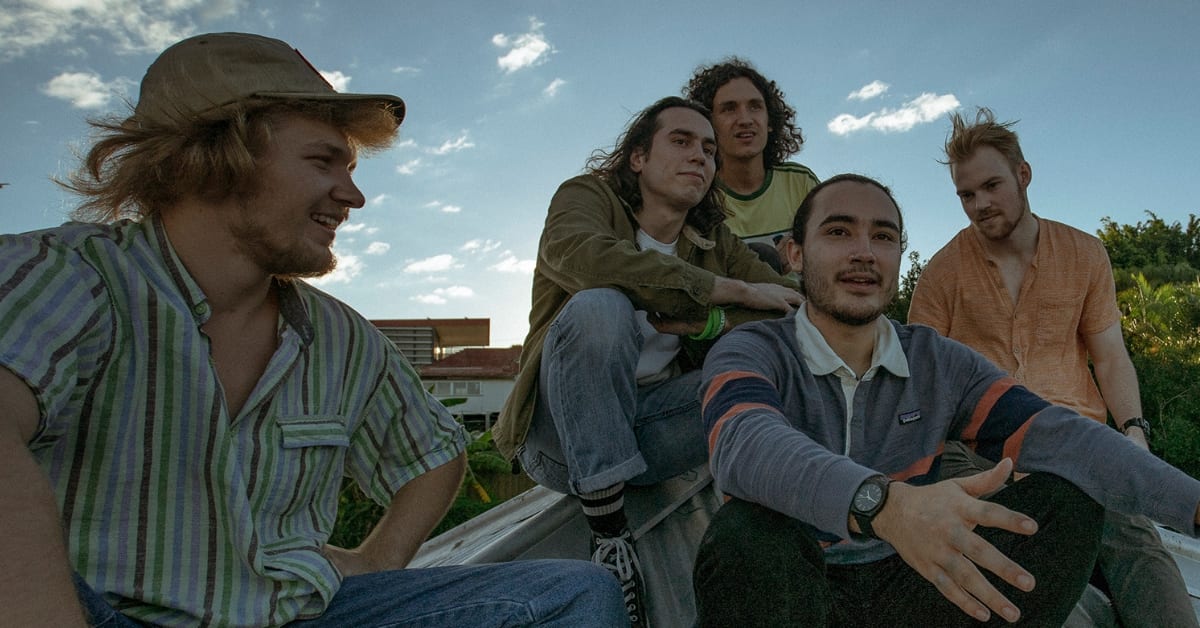 Making good on a high school pact to one day form a band, Brisbane roots-reggae rockers, Kurilpa Reach, swung onto the music scene in a blaze of glory last year with their debut single Intermittent Healing.

Bonded by a love for bands like Ocean Alley, Bootleg Rascal and Droplegs, this five-piece blend eclectic influences into a unique sound, carving out a niche as a party band who’ve already shared the stage with numerous local acts including The Mouldy Lovers, Tape/Off, Asha Jefferies and many more.

“This past year we’ve played as many gigs as possible,” said front man Vicente Burdell.

“None of us were in a band before we started Kurilpa Reach so we turned our inexperience into courage and threw ourselves in the deep end.”

This go-getter attitude has paid off, and in 2018 the band are kicking things up a notch with the release of their follow-up single, Bilson.

“Bilson was written amidst a feeling of transition. When we started the band we suddenly had something to throw our energy into whereas beforehand, we all felt a bit lost.”

“The song is about doing the same thing for too long, slipping into bad habits but then finding a renewed energy and confidence to keep going.”

Bilson is the first single to be lifted from Kurilpa Reach’s forthcoming debut EP, a record Vicente describes as “a mixed bag of lollies.”

“We drew on a vast amount of influences to create our sound, and our debut EP represents the evolution of that sound over the past year. We’re stoked with each and every song on the record and we can’t wait to share it with everyone.”

The band are currently working on their next single and music video release, and have their sights set on touring the East Coast once their EP drops.

Get in on this party early, and wrap your ears around Kurilpa Reach’s new single Bilson.