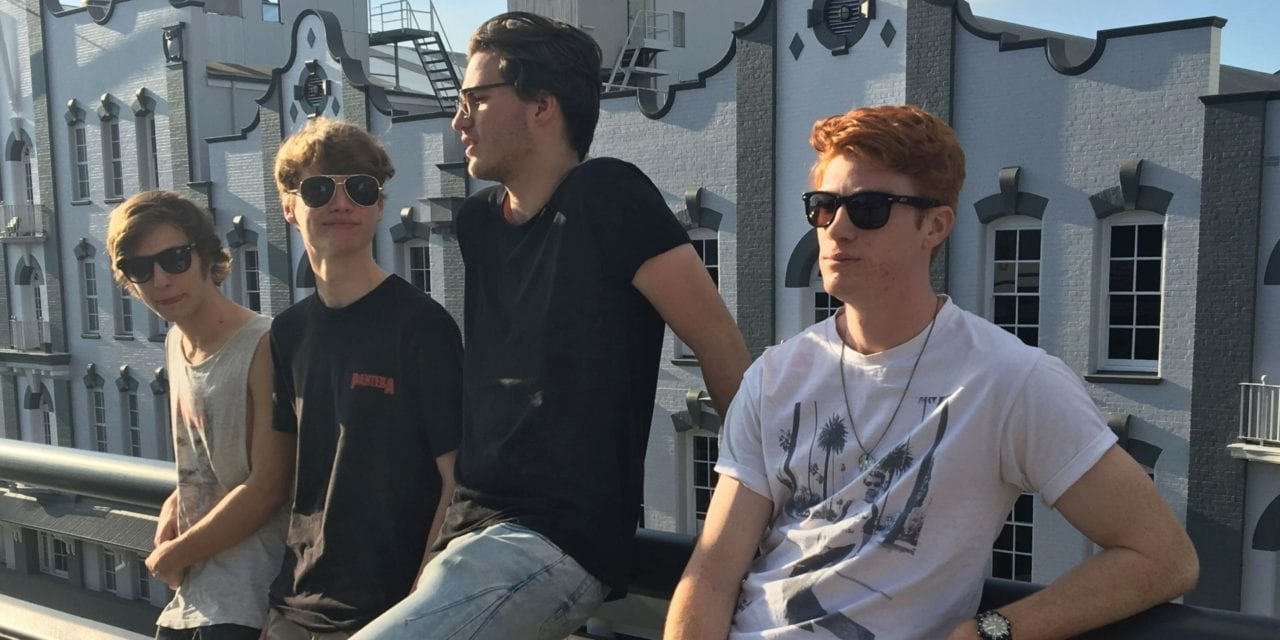 It’s only been one month since KB Theory released their debut single, Lights Of Tokyo, but these pop-rockers are already the talk of ol’ Brisbane town.

With a sound that lives in the intersection between classic Australian noughties rock, and catchy pop, this four piece draw inspiration from the likes of Thirsty Merc, 5 Seconds Of Summer and The 1975, creating music that fans of all three would deem ‘earcandy.’

The band has been laying low since forming in 2016, with frontman Dylan Cattanach spending the past few years writing material for their debut EP, which they recently recorded at Byron Bay’s Kick Iron Studios with the help of producer Dustin McLean. The first sampler of the record comes in the form of debut single, Lights Of Tokyo, which Dylan describes as energetic, catchy and colourful.

“Lights Of Tokyo is an upbeat, catchy song about the highs of love and finding it suddenly in unexpected places,” said Dylan.

“My best mate went to work in Japan and was telling me about finding someone over there.  We’d been to Japan a few years ago and it’s this bright, energetic place, it really inspired me and that’s where Lights Of Tokyo comes from.”

As for what the other five tracks on their debut record hold, Dylan says fans can expect polarizing themes of love and hate to be explored.

“The approach we’ve taken with the EP, and all of our song-writing, is to write what we want to hear, with the hope that what we create will connect with somebody. We just want people to enjoy the music.”

In the meantime, the band are enjoying seeing their fanbase grow from show to show, with their Lights Of Tokyo single launch sure to reel in some new fans at Black Bear Lodge on 14 March.

“We’ll be going all out for this one. Selfish Sons will be warming up the wildness before we hit the stage to get the crowd moving – we’re all keen for audience participation. Age Champion will finish off the night and I can see a lot of sweaty people having a good time.”

Listen to KB Theory’s debut single Lights Of Tokyo (OUT NOW) and catch them launching the single at Black Bear Lodge on 14 March. All event info HERE.