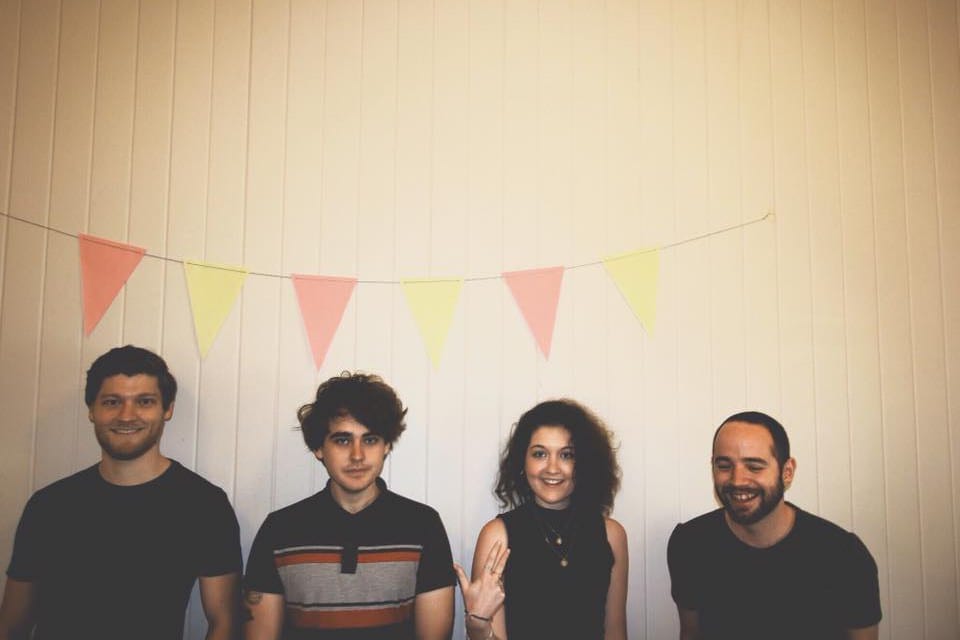 If indie-pop quartet Juno Blue could pick any artist as their cover band they’d have Blink 182 fill their shoes. These guys may be relatively new on the Brisbane music scene, but their infectious blend of acoustic and electronic sounds already has people talking.

Interestingly, the band’s first two singles Punch Drunk and Can You See In The Dark were written over long-distance while one band member was in the UK and the rest were in Brisbane.

“It’s pretty different way to write but it kept the songs super fresh. Obviously you miss out on that nice spontaneous jamming, but I think we ended up making more interesting tunes because of it,” said vocalist Kirstie McGlone.

Described as “a bunch of musical ideas thrown together,” their latest single Can You See In The Dark is a laid-back dance track that layers shimmering synths beneath Kirstie’s clean, almost ethereal vocals. It’s a taste of what is still to come from a band with so much to offer.

“We are currently working on more new music. Funnily enough I’m off to the UK, so we’ll be doing another round of overseas collaborating seen as it worked out so well the first time!”

With new music in the pipelines, Juno Blue says they hope to drink a bottle of wine that costs more than $10 before the year is through!

Listen to Juno Blue’s first two singles and follow them on Facebook to stay in the loop!