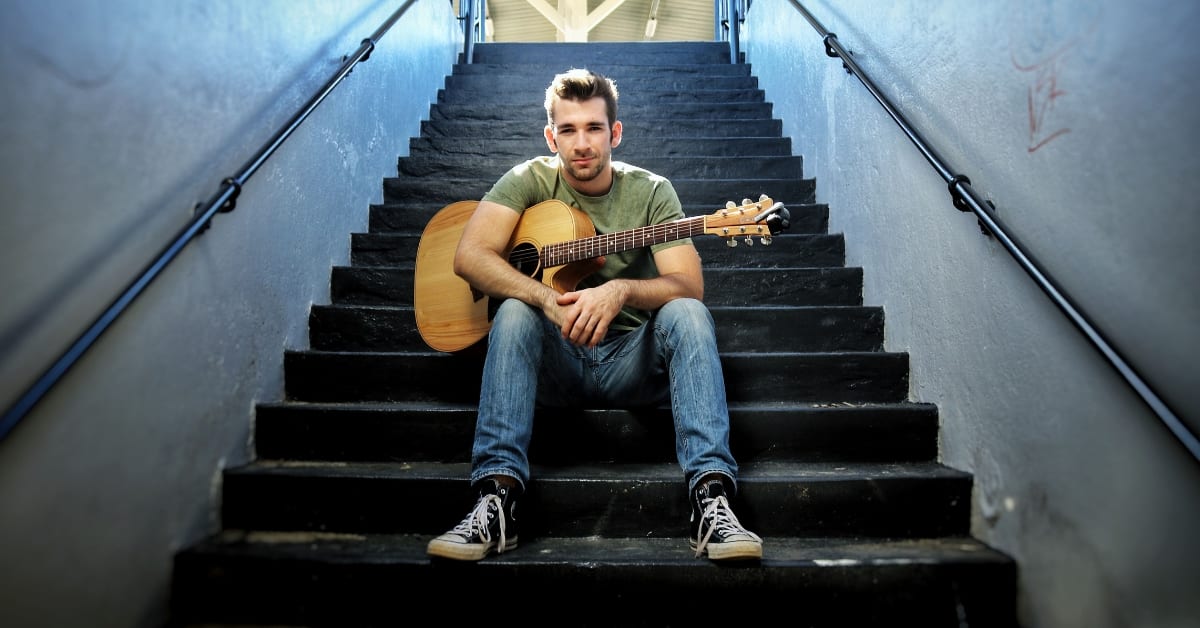 Aspy Jones is about to become your new musical best friend. Not only is he a superhero fanatic and avid vinyl collector, he also creates killer tunes, namely his debut single Hatches which dropped in June.

Growing up in a large family in the Sunshine Coast hinterland, Aspy says he always had a love of music. Influenced by a diverse range of acts from David Bowie and Queen to Ed Sheeran and The 1975, he’s drawn to the trailblazers of music and their ability to tell a story through song – something he seeks to mimic in his own work.

Committed to taking his music career to the next level, Aspy traded in early morning bakery shifts for late night performances to make music his full-time job in 2018. It’s a gutsy decision that’s paid off – within months of refocusing his energy, he released his debut single Hatches, which quickly became a Triple J Unearthed chart topper.

With smooth vocals and addictive guitar lines, Hatches is an upbeat and inspirational ode to a friend going through a tough time.

“We’ve all been there,” said Aspy, “and I think it’s important to let your friends and family know you’re there for them, and to remind them to keep moving forward.”

“I’m not afraid to address big topics like depression. I wanted Hatches to be a positive song of hope and encouragement for everyone who’s struggling.”

Recently awarded grants from the Regional Arts Fund and the Regional Arts Development Fund, Aspy worked alongside producer James North to record his debut EP. It’s a record that embraces themes of friendship, break-ups, doubts, and being slightly crazy.

“It’s a real mixed bag – an eclectic meld of genres that showcase where I’m at as a song-writer.”

With production on the EP wrapped, Aspy is kicking up his heels ahead of his next release. This is one shooting star we can’t wait to see rise even higher!