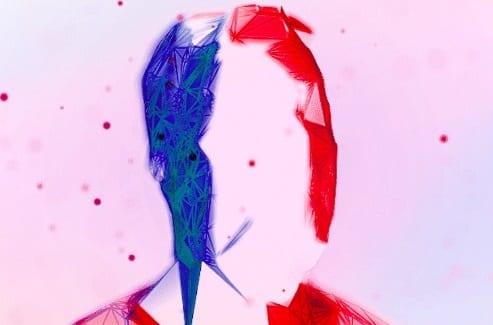 Swapping a violin for a laptop, and a background in classical music for a future in electronic soundscapes, Brisbane’s Andy Ward is a musician/producer with searing creative vision.

Raised listening to the greats of the classical era, Andy says his earliest memory of music was playing Hot Cross Buns onstage at a young age. He played violin all the way through school and university, before trying his hand at what would become his main muse – singing and song-writing.

“I used to busk with the violin to pay my bills but I was never fully in the classical mindset.  It was when I started singing in bands to be creative, that I realised writing my own music was much more satisfying than playing someone else’s,” said Andy.

Dabbling with synths and recording software opened a whole new world of possibilities, which has led to Andy producing his own music as well.

“With modern software you can build your own instruments and soundscapes which is so exciting. What you can do now on a computer is more complex then writing a symphony. The possibilities are only limited to your imagination and that’s crazy exciting.”

His single, Drinks&Money, which was released late last year, is an innovative, synth-driven debut that explores the havoc substance abuse can wreak.

“I was in a really bad place when I wrote Drinks&Money. I was in a relationship that fostered us both to be addicts. Our love slowly became second place to the drink and drugs and I watched something I cared about be torn apart. That’s what this song is about.”

Taking his music one step further again, Andy is using his skills as a multi-media artist to build an immersive live show experience that will feature visual art installations as an extension of his craft.

“Adding art installations to the mix is about embracing possibilities. I make electronic music but It’s not dance music and there aren’t a lot of environments in which you can listen to that kind of music. These installations are about creating a new space for people to interact with the music in.”

Andy’s first multi-media live show centres on the idea of LED screens replacing traditional lighting, and he hopes to one day include motion tracking and holographs in his repertoire. With a few more singles and an EP on the horizon for 2017, it’s all systems a go for this enigmatic new artist.

Listen to Andy’s debut single Drinks&Money HERE and stay up-to-date with the latest news on his website.